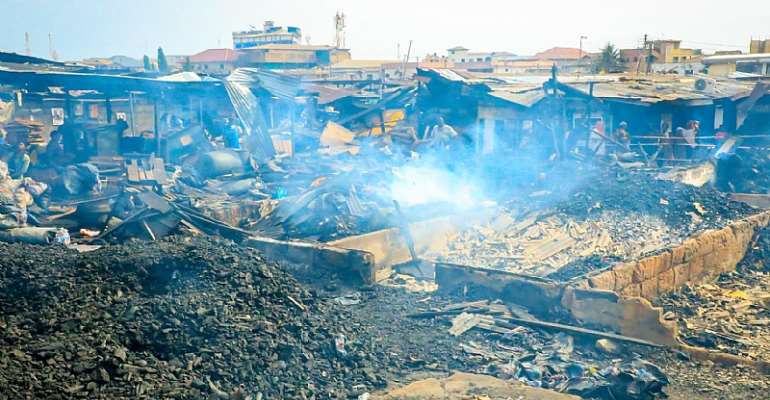 The government has disclosed that plans are underway to redevelop the Kantamanto market in the Central Business District of Accra into an ultra-modern shopping centre.

Construction for the new market, which will be named the Kantamanto Shopping Complex, is expected to commence in March of 2021 and be completed within a year.

This is after fire-ravaged parts of the Kantamanto market last week, destroying properties worth thousands of Ghana cedis and leaving the affected traders stranded.

In a Citi News interview, Chief Executive Officer of Golden Coast Developers, Neil Oku said the traders will be temporarily relocated after which, they will return to occupy the new market complex.

“It is in partnership with the Kantamanto Traders Association and the Ministry of Railway as well as the Railway Development. We are going to be doing it[redevelopment] in two phases. The area that has been impacted by the fire will be the initial phase one which will then be extrapolated into the second development which is the current standing market.”

The traders at the market had earlier rejected the government’s offer to temporarily relocate them to the car park of the Accra Railway Station to ply their trade.

They claimed they might be allowed back after the relocation.