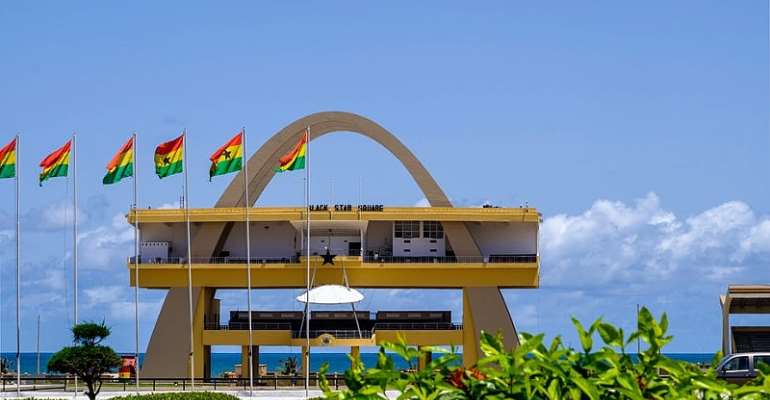 Ghana, south of the Sahara, has enjoyed uninterrupted governance since the country returned to constitutional rule in 1992. Ghana has had seven successive presidential and parliamentary elections resulting in three peaceful turnovers from one political party to another in 2001, 2009, and 2017.

Despite the many coup d'état and dark days, this country has risen like the phoenix from the ashes and built a global appeal as “the poster boy of Africa”. Ghana has become the citadel of democratic tenets and principles. Despite her many failings, she is praised by international agencies and her peers as a shining example.

Led by Kwame Nkrumah to secure our independence as a free nation – the first African nation to do so, Ghana has always stood tall among her peers. In the mid-1950s and early-1960s, Ghana was the “political Mecca” for our African forebears who decided to fight the status-quo and return their nations to independence. Modibo Keïta of Mali was here. Julius Kambarage Nyerere of Tanzania was also here. The political doyen of Ivory Coast, Félix Houphouët-Boigny and the man who had the foresight of Jewish prophet and tenacity of Sampson, Nelson Mandela, were all here. Going through the list of Greats who trekked to the Gold Coast of Ghana seems to me that, most of these leaders felt incomplete until they visited Ghana. This was the home of freedom and where the “anointing” had to be received.

This is enough for us to jealously guard our peace and progress. We must protect the gains of our forebears and improve on them. We, the youth especially, must not allow ourselves to be used by politicians to destroy our country. We should resist the temptation of risking our lives for pittances whiles the families of these politicians relax in their homes.

Politics is too important to be left only to the politicians. We should join the arena. Not as thugs and hoodlums but as the alternative choice and positive addition through the use of our minds and expertise to make a valuable contribution to expanding the frontiers of democracy. We should always jaw-jaw and not war-war. We should refrain and restrain ourselves from acts that undermine the tenets of democracy and cast doubts on our abilities as future leaders of this country and continent. Our actions should make the future better not bleak.

It is your world. I hope to have convinced you that for Ghana to progress, peace is non-negotiable. Peace is not just about our collective future prosperity, but also for our fundamental human aspiration to live as free men and women in our own country.

Ghana has come a long way. Our destinies are no longer determined in London. We now choose our own leaders. Let’s be proud of that and build the gain! At the end of the day, what is important isn't which candidate or which ideological group wins a political race. It is about our peace and the collective spirit of seeing a better Ghana. May Peace reign! God bless our homeland Ghana.