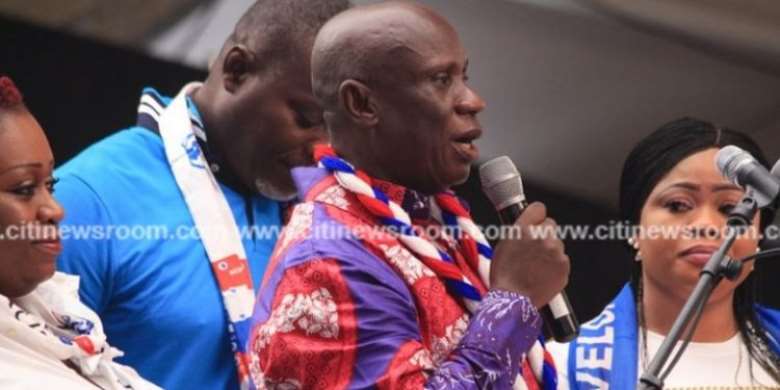 The Deputy General-Secretary of the ruling New Patriotic Party (NPP), Nana Obiri Boahen has taken a swipe at the National Democratic Congress (NDC) for suggesting that the government is propagating corruption.

The Special Prosecutor, Martin Amidu in his corruption risk assessment of the Agyapa Royalties deal, argued that consultations were not comprehensive and innovative enough.

He further disclosed that the selection and appointment of advisors for the agreement did not meet the “fundamentals of probity, transparency, and accountability.”

After the Special Prosecutor released the 64-paged report, President Nana Addo Dankwa Akufo-Addo directed the Finance Minister to send the agreement back to Parliament.

But the NDC at a media briefing on Tuesday, November 10, 2020, accused President Akufo-Addo of shielding officials found to have contravened state laws in pushing the deal through.

The General Secretary of NDC, Johnson Asiedu Nketia said the lack of action from President Akufo-Addo shows that he is a “chief enabler and promoter of corruption in his government”.

Responding to the accusations in an interview on Eyewitness News, Mr. Obiri Boahen explained that “the president, (the law implementation body) has referred the matter to the law-making body. Let’s wait and see what Parliament will tell us. The law-making body approved of the transaction and the matter has been forwarded back to them.”

He said the party can go ahead to seek legal action if it wants to.

“If for one reason or the other, an individual feels this [Agyapa deal] has caused serious financial loss to the state, he can take it to court. The laws are clear, it is not a question of me trying to put up a defence for my party. There are proper procedures and sanctions. If you feel aggrieved and dissatisfied with the contents of the deal, you know where to go.

The NPP General-Secretary charged the leadership of the party should focus on their campaign and “stop making noise.”

“They cannot just be making ugly noise. We are sick and tired of them. They are sore losers. Obviously, they are aware they are going to lose and that is why they are making these agitations, stirring confusions, left, right, and centre. The NDC should focus on their campaign and stop making noise.”