The Church Must Rise In The Face Of Politics! 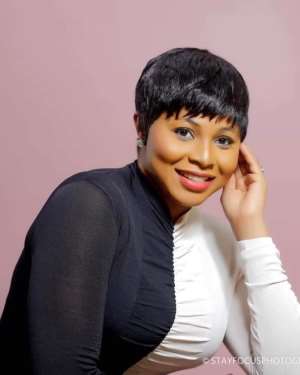 What went wrong? Why are so many pulpits and pews silent today when it comes to the church and politics and politicians? Why have we allowed the world interfere so much into our doctrines that we remain silent even in the face of evil?

Jesus and the apostles displayed the righteous indignation over the religious hypocrisy and the moral unrighteousness in their times and if Christians will rise to the occasion, and ask what the God way is and walk in it, the systems and structures of today will have a different view.

870 BC, Elijah in the name of the Lord, challenged King Ahab and his advisors for their ungodly policies and practices. In 29 AD, should John the Baptist have kept quite that confronting King Herod about his immoral lifestyle even though it cost him his ministry and even his life?

Again, in 30 AD when Pilate said to Jesus, don’t you realize I have power either to free you or crucify you, was Jesus too political when he replied, you will have no power over me if it were not given to you from above.

Were Peter and Paul being political in 31 AD, when they publicly refused to comply to the governing authority who told them not to preach or teach in the name of Jesus? What about 54 AD? The apostle Paul preached the gospel in Ephesus in such a way that it totally disrupted both business and politics in the region.

Christians, we need to lead the way, intercede in prayer so we can find rest for the souls of our nations as stated in Jeremiah 6:16-19 of the good book. We are not responsible for the whole nation.

We are just one congregation but I only hope and pray that collectively if the body of Christ in our country can get their act together and really serve and honor God and do what is right, in this election cycle then perhaps once God will have mercy on us.

We should be angry at the evil sources that have hijacked the hearts and minds of people in an effort to try to capture the soul of our nations. We must stand against demonic principalities and by extension demonic principles that have influenced millennials with godless philosophies and the doctrines of men.

We should be angry with politicians who are neither knowingly or unknowingly pawns of darkness instead of agents of light who are advancing a godless agenda that is destructive to our country.

In early America, 1775 Pastor Jonas Clark in Lexington Massachusetts led his church and community to form a militia and face the British in the war for independence.

Second great awakening preacher Charles Finney in 1830, passionately called for an end of slavery from the pulpit. In 1954, the separation of church and state was honored when Dr. George McPherson Docherty preached a sermon that convinced president Eisenhower to include under God in our pledge of allegiance.

What about the civil disobedience of Baptist leader, Reverend Dr. Marin Luther King jnr. In 1963, when he led civil right marches, giving his life for the course? Were these men of God being too political or were they just being biblical?

These are just some pushbacks to people who say pastors are not supposed to be too political or turn the pulpit into anything political. We shouldn’t and cannot be silent.

The Christian nation needs to wake up and it starts with the church of Jesus Christ; a spiritual battle that we are facing for the heart and soul of our nation and for the next generation.

We as the church of Jesus Christ, are God’s restraining force in the world today against evil and if the church does not rise up and fight the good fight of faith who will? If we abdicate our role and our responsibility, as ambassadors for Christ and agents of truth then evil will triumph.

The triumph of evil is when good people remain silent, therefore we cannot remain silent and to do so will be evil. Silence in the face of evil is itself evil and God will not hold us guiltless. Not to speak is to speak, not to act is to act.

Were these men of God throughout history being too political, in 1450 BC, Moses petitioned Pharaoh for the liberty of God’s people even calling down consequences when the king failed to comply.

They say we can integrate our faith in all aspect of life except government and politics and that pastors should leave that alone. Again, we as Christians must not concern ourselves with politics.

But if as Christians somehow you believe the lie that faith in politics don’t mix, and that, the pastors should stay out of that, it’s just too divisive. Then by your apathy and your reluctance, you are actually helping to advance the doctrine and dogma of other world’s religions and of secular humanism to influence this nation rather than the values and virtues of Christianity.

Wake up! They are not asleep, why then are Christians asleep today when it comes to this? The fact is only in recent times have pastors cow towed to political correctness and remained silent on faith and politics but it wasn’t always so.

Dating back to time before now, pastors boldly spoke about the social issues of the day and they called out the political candidates who were running for office. Every year, pastors will deliver what they would call election sermons for the first couple of hundred years of American history.

The reason was because, they wanted their folks to be biblically literate, so that people could make intelligent decisions based on their sanctified conscience about the social issues and the political candidates and how they either did or didn’t align with the bible, which is the source of all truth.

But today what do we see? The corrupt nature of individuals from their upbringing from homes, have cemented their ear drums and have blinded their sights for accepting what is right even when it comes to the word of God.

The truth is God has been at the center of our religious freedom and faith and politics have been intertwined from the very beginning. It was pastors who led to charge what the Americans revolution to severities with Great Britain because of the oppression and tyranny of the government in particular oppression and tyranny of religious freedom and it was pastors who lead that charge.

In George Washington’s farewell address, in 1796, he said, religion and morality are indispensable supports of our political prosperity. Pastors, I think have shirked their responsibilities and has led to anemic church today.

We can find rest for our nations, if Christians will rise and remember their first love. Politicians won’t have the free ride of playing with our minds and imposing unbiblical precepts on us as the Christian is concerned.

Christians arise and let’s take up the forts of making it right again. We should be able to come out boldly to speak on things pertaining to laws of the state or some awkward decisions politicians make which we know will affect our stands on our godly nature.

Nations are looking up to us and it’s about time for us to surrender a blameless church to God, devoid of mixtures of evil from politicians or any other source.