#EndSARS: CPJ Calls For Journalists’ Safety To Be Protected Amid Nigeria Protests 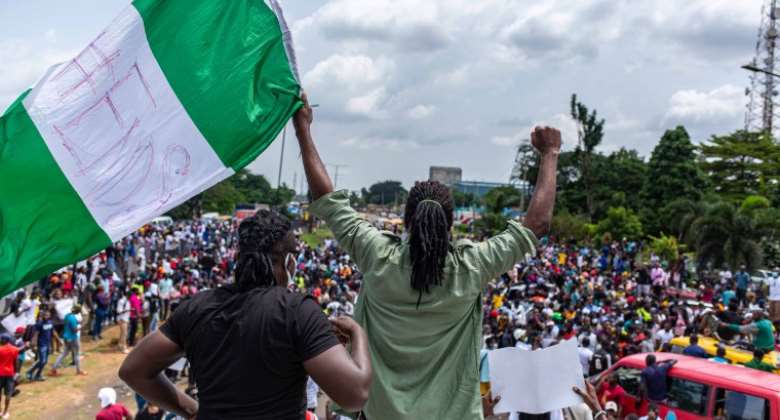 A youth is seen waving the Nigerian flag during protests against police brutality in Lagos on October 13, 2020. CPJ called for journalists' safety to be protected amid the protests. (AFP/Benson Ibeabuchi)

Nigerian authorities should ensure that journalists are able to do their jobs freely and safely while covering protests against police brutality in the country, the Committee to Protect Journalists said today. In recent days , local media have reported violence against protesters and journalists during the demonstrations in Nigeria, which began as a movement to disband the police’s Federal Special Anti-Robbery Squad.

“Journalists in Nigeria must be permitted to freely report on demonstrations without threat of violence or intimidation,” said Angela Quintal, CPJ’s Africa program coordinator. “Journalists in Nigeria are too often attacked simply for working to keep the Nigerian public and the world informed about what is happening in their country. Journalists’ safety is part of what it means to have freedom of the press, and is critical for Nigerian democracy.”

In 2019 and 2020, at least two journalists– Precious Owolabi and Alex Ogbu –were killed at protests in Nigeria, according to CPJ research. CPJ has also documented a years-long pattern of violence, arrests, and harassment of the press by Nigerian security forces, including the Federal Special Anti-Robbery Squad.

MoMo transaction value for April declines by GH₵2.8billion
5 minutes ago