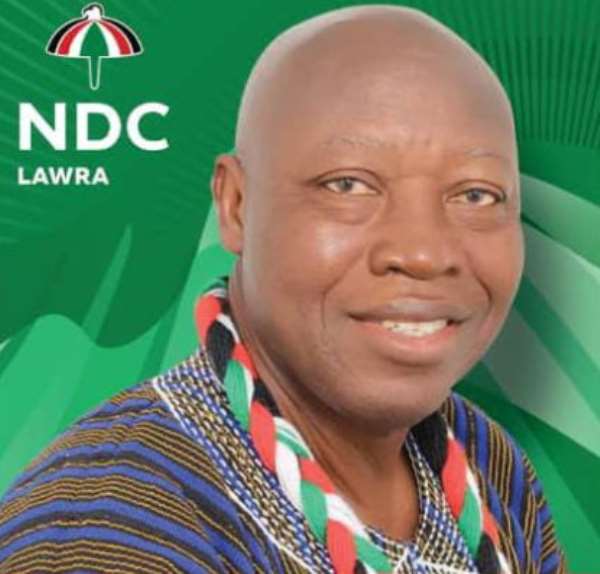 The National Democratic Congress (NDC) parliamentary candidate for Lawra constituency, Hon Bede Zieden has challenged the Deputy Minister of Roads and High ways, Hon Anthony Aba-efaa Karbo who doubles as the Member of Parliament for the Constituency under the ticket of New Patriotic Party.

Bede Ziedeng threw the challenge while granting an interview with Barrista Enock of Tumpaani 88.5FM. The former Upper Regional minister catalogued his past achievements.

Hon Bede Ziedeng contested and loss the 2016 parliamentary election to Hon Anthony Karbo with a margin of about 800 votes.

According to Bede Ziedeng, the NDC loss that seat because of internal wrangling.

Hon Samson Abu, a member of the NDC contested as an independent candidate causing a split of the NDC votes in favour of the NPP.

The veteran politician stated that he and Abu Samson have reunited and working collectively to fight back and win the seat.

He said the performance of the MP is abysmal even though he continues to deceive the people.

He cited the Dikpe Bridge project as a deceptive project which Karbo wants to use for elections.

He alluded that nothing is currently being done at Dikpe.