AfCFTA To Commence On January 1 As planned 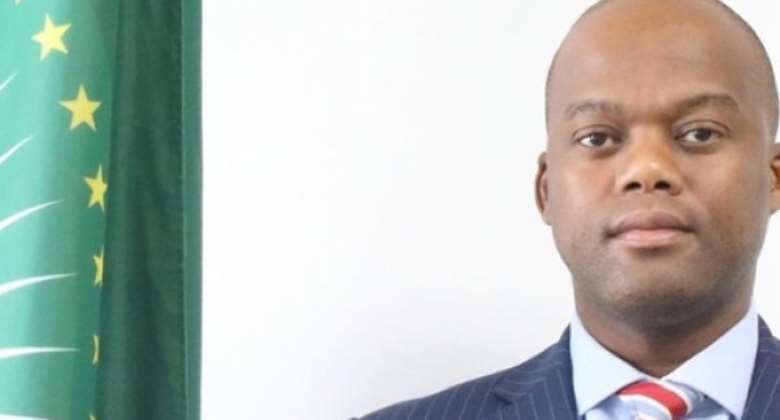 He said the AfCFTA Secretariat was targeting January 2021 for the commencement of the implementation of the free trade agreement following its postponement due to the outbreak of the COVID-19 pandemic.

Mr Mene said this, when he and his team from the AfCFTA Secretariat met the media ahead an engagement with the diplomatic community from Africa Member States based m Accra.

He said within 15 years of the implementation of the agreement, 90 per cent of African's trade ought not to pay duty.

He inform that within the period, unnecessary barriers to trade and non-tariff barriers must be removed.

“We are looking to the agreement mechanisms for the removal of non-tariff barriers to trade on the African Continent,” he said.

He expressed gratitude to government and people of Ghana for providing well class resources to enable the Secretariat to advance the objective of an integrated market in Africa.

He said COVID-19 had been a delaying factor in the commencement of trading, because out of 55 countries, 42 were either in a full or partial lockdown, barriers were closed and goods were not transiting.

The Secretary-General said the AfCFTA was a timely and critical intervention in addressing the COVlD-l9 pandemic, and achieving the social economic transformation of Africa under Agenda 2063 through trade and industrialization.

He informed that they had responded to COVID-19 and had provided advice and proposals to Heads of States and Ministers of Trade for the establishment of trade corridors during the period of the pandemic.

He said they had also asked countries to allow goods required for the fighting of the pandemic to transit through barriers without any duty.

Mr Mene explained that as a Secretariat, they had learnt from the pandemic that Africa ought to accelerate its industrial development and reconfigure its supply chain to be less reliance on others, without disconnecting ourselves from the global economy.

“We will have to work with the various countries to put in place the requisite tariff infrastructure and customs' administration infrastructure for the new agreement,” he said.

He said as a continent, there was the need to start building a degree of self-sufficient in terms of industrial development.

The Secretary General informed that as the implementation of the agreement commences, “we need to relook at the continent's intellectual property rights regime and make an assessment to what extent to which regime will facilitate African industrial development.”

He explained the Heads of States had been given directives and would be meeting on December 15, 2020 in South Africa in a special summit of the AfCFTA to provide further directives as to the implementation of the agreement from January, 1, 2021.

“We have a daunting task of accelerating industrial development in Africa and positioning Africa in the Agreement to be a destination for investment establishment and value chains across the continent.

“There will be challenges and setback but we are committed to make sure that during our tenure of office, we will build an integrated market in Africa that would contribute to African economic development,” he said.

You’ve been a dependable husband – Lordina celebrates Mahama...
40 minutes ago