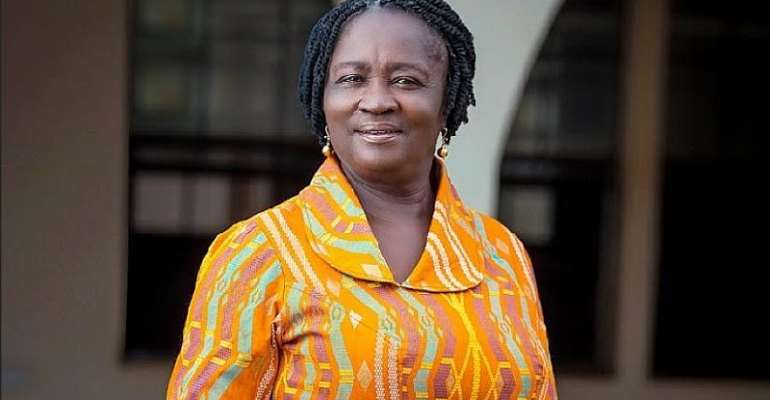 The opposition National Democratic Congress’ Vice Presidential nominee, Prof. Opoku-Agyemang, says she was “very surprised” by the reaction to her foreword of Prof. Kwamena Awhoi’s ‘Working With Rawlings.”

Speaking on The Point of View, Prof. Opoku-Agyemang said she was compelled to question if “this is how polarised we have become.”

“This is not the first forward I have ever written in my life but this is the foreword that has received such reaction.”

“A foreword is not a critique. It is not an introduction. It is not an analysis. When you are doing those kinds of assignments there are different ways you go about them,” she said.

“The foreword simply introduces the essence of the book,” Prof. Opoku-Agyemang explained further.

Prof. Opoku-Agyemang’s contribution in the book was the subject of criticism from the Special Prosecutor, Martin Amidu who felt the content of the book lacked the requisite veracity and rigour.

He accused Prof. Opoku-Agyemang and the author of deliberately selling an “unscholarly book” to the unsuspecting public for profit by engaging in unethical behaviour and distorting the country's narrative on political history.

“The obviously deliberate factual inaccuracies I pointed out in the introduction to this critique, are clear demonstrations that she was either an unqualified editor, reviewer, foreword writer or she was knowingly participating in a grand conspiracy to present the unsuspecting reading public with twisted narratives against the subject victims of the narratives in the book,” Mr. Amidu wrote.

Working With Rawlings is an account of the time Prof. Ahwoi spent with former President Jerry Rawlings in governance.

Prof. Ahwoi served as Minister of Local Government and Rural Development from 1990 to 2001 under Rawlings administrations.

He also acted as the Minister of Foreign Affairs in 1997.