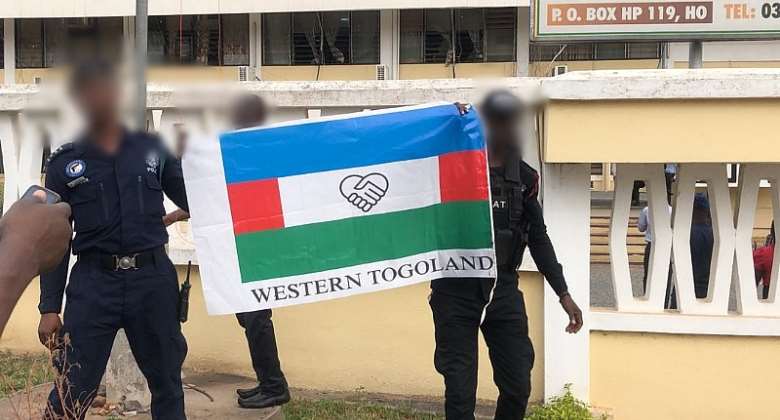 A security and research think tank, the Institute of Peace and Governance (IPEG) has urged government to pay more attention to the threat of separatists in the Volta Region who are developing into domestic terrorist groups.

In a statement, IPEG advised the government to show strength in its response “so as to give re-assurance to Ghanaians on their ability and capacity to deal with the situation.”

There has been increased concern over separatists’ violence following attacks carried out by the Western Togoland secessionist group, Homeland Study Group Foundation.

The group attacked police stations, blocked roads and attacked the Ho State Transport Corporation yard over the past seven days.

Thirty-four arrests were made by police and one death recorded.

IPEG had already warned that ahead of the elections, “there could be a snowballing of discontent, disgruntlement, anxiety, anguish etc. in the country.”

It noted that these separatist concerns may “inadvertently prop up the terrain for violent extremism and terrorism since the security of the nation will be most tested in the year of its greatest vulnerability.”

Now IPEC says “the terrain is currently fertile for their activities since the security of the State is stretched in the run-up to the 2020 elections.”

“Besides, there is heightened tension due to swelling economic hardships resulting from the fallouts of COVID-19,” it added.

It views these conditions as “the appropriate theatre for these miscreants to conduct their separatist agenda.”

The recent escalation from the separatists is an indication that they are “transforming from a non-violent group to a violent group with sufficient capacity to execute their strategy.”

“There is most likely to be an increase in the number of such attacks from now till Dec 2020 and beyond,” IPEG concluded.

It thus urged the state to harnesses “its influence, authority and capabilities, irrespective of Election 2020 and whichever government is in power, to deal mercilessly with all persons identified as being directly involved in the activities of this group because they are in the process of changing to domestic terrorists.”