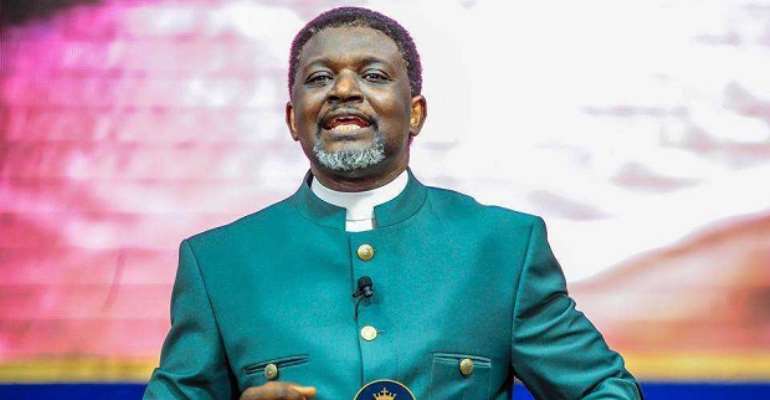 This year's campaign season is unlike the previous ones. For the first time in the history of electoral campaigns the head of a church, as it were, is busy campaigning for the source of his Manna or bread.

Berating occupants of pulpits is not one of our attributes but doing so for hypocrites who find themselves there and pretend to be evangelizing is fair game.

Bishop Charles Agyinasare is on a campaign mission, a subtle political proselytisation by all standards. Fishing for converts for the National Democratic Congress (NDC) needs subtlety, better than the collared gentleman is presenting. Perhaps we are not being fair to him for the assignment he is currently engaged in on behalf of former President John Mahama, his pal. He must reciprocate the gesture of politicians who when they were at the throttles did everything for him, including arranging the ownership of a site for the erection of his Perez Chapel and provision of four-wheel vehicles et al.

Not showing love to them who have supported him enormously during such difficult times would have presented him as an ingrate which he is not.

But even as he reciprocates the gesture of his benefactors, he should do so with a modicum of finesse.

Displaying his NDC pedigree, its T-shirt under his collar as he pretends to rectify non-existent anomalies in both governance and the management of elections in the country is nothing but shambolic and balderdash.

It is instructive that he is competing with the radio station serial callers, the genesis traceable to the collapsed banks debacle which he was crudely vociferous.

In his latest thrash of a treatise on the issue of elections in this country he has exposed his NDC colours more than ever before as he joins the NDC campaign to dent the image of the EC under Jean Mensa.

What at all has the EC, under Jean Mensa, done to him that he would continue on this dirty tangent?

That she should prove she is not a puppet of a political grouping as he put it is an indisputable proof of his being part of the NDC project against the EC. He should prove to the people of Ghana, with Bible in hand, that he is not on a mission for the NDC and by extension to restore his shaky supply line.

Come on Agyinasare, be real and abort this mission because it is dead on arrival. Jean Mensa has nothing to learn from both of her predecessors as he is suggesting, having contributed immensely towards the shaping of democracy as Executive Director of the foremost think-tank, Institute of Economic Affairs.

The drawbacks in the performance of Afari Gyan were palpably displayed when he appeared before the election petition hearing. As for arrogant Charlotte, who managed the EC like she did her kitchen, and could decide to change its logo with John Mahama defending its independence.

Jean Mensa has nothing to learn from them. Her sterling pedigree is impacting positively on the performance of the EC, with the recent voter registration exercise for which the former President even gave thumbs up.

Charles Agyingare sounds like a misogynist. People think women are put in position because they are malleable, puppets for that matter, as he says it all about his disregard for the performance of women, especially if they are not appointed by former President John Mahama.

When a so-called Man of God abandons the ethics of evangelism and follows discredited and desperate politicians sheepishly his reward can only attract harsh words.