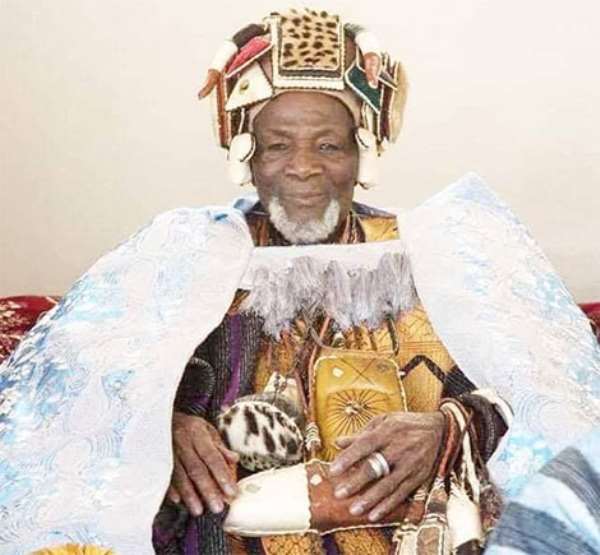 The King of Dagbon, Ndan Ya-Na Abukari II, has been elected as President of the Northern Regional House of Chiefs.

He was elected at an event held in Tamale to reconstitute the Northern Regional House of Chiefs after the separation of the Savannah and Northeast regional house of Chiefs.

The King of Dagbon is expected to serve a team of four years.

The newly constituted Northern regional house of Chiefs elected five other members as representatives of the house at the National House of Chiefs.

The King of Dagbon, Ndan Ya Na Abukari II in a speech assured that he would promote peaceful co-existence and harmony in the Northern region during his regime and called for the support of all members of the house.

“It is my solemn pledge that I shall devote the period of my Presidency of this House to work diligently with all stakeholders, in conformity with our time-tested customs and traditions to promote peaceful co-existence and harmony in the Northern region”.

The overlord of Dagbon indicated that respect for the laws of the land and the customs and traditions is the surest way for lasting peace and development in the region and called for the sustainability of the current peace in the region.

Ya Na appealed for a review of the quantum and frequency of resources allocated to the House of Chiefs to enable them fully and adequately carry out their duties.

“delays in the release of funds are a frequent problem that we hope will be looked and remedied. We are fully aware of the enormous responsibilities and duties the 1992 constitution and the Chieftaincy Aact 2008, Act 759 places on us to regulate and manage traditional governance in Ghana”

Vice President, Dr. Mahamudu Bawumia who was the guest of honour at the inauguration of the reconstituted Northern regional house of Chiefs in Tamale lauded the contributions of the Houses of Chiefs to national development.

Dr. Bawumia said the government of President Akufo-Addo recognises the indispensable role of Chiefs in governance structure, and has increased various support for the Chieftaincy institution, including 100% increase in monthly allowance, the Ghs3.5m support for the construction of the National House of Chiefs Secretariat as well as the institution of capacity building programmes, among others.

He assured that the President Akufo-Addo government will continue to support and partner with the custodians of our cultures in the country to promote national cohesion and development.

The Minister for Chieftaincy and religious affairs Samuel Kofi Dzamesi, urged members of the house to abide by laws and to promote development within their jurisdictions and Ghana at large.