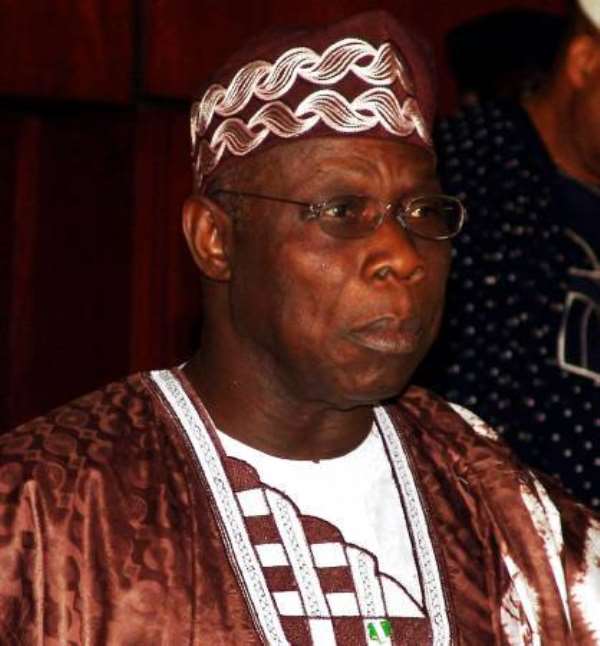 Nigeria’s former president, Olusegun Obasanjo, will not stop amazing Nigerians! In yet another in the series of what could be described as ‘speaking truth to power’, Obasanjo recently berated the Muhammadu Buhari-led administration for mismanaging the country’s diversity. According to him, “old fault lines that were disappearing have opened up in greater fissures and with drums of hatred, disintegration and separation and accompanying choruses being heard loud and clear almost everywhere.”

Well, Obasanjo may, perhaps, have made more than enough enemies - in and outside this country – for himself, it will be unwise to ignore the ‘weighty message’ bothering on nation building and survival, which he has brought up at this critical time of our national existence. To begin with, we can’t deny the fact that Nigeria, as we speak, is bleeding, and in need of urgent and all-encompassing attention! As a matter of fact, the whole country would have been adjudged dim-witted if wise counsels like the one in discourse are discarded simply because the bearer of the counsel is a certified rogue.

Looking at the merits of his arguments, have Obasanjo’s accusers realized that those issues he raised can be supported by true empirical facts, which have nothing to do with sentiments? For example, if the former president said that Nigeria “is fast drifting to a failed state”, is she not, already? If she is not at the moment, is she not speedily on her way towards becoming a pariah state? If he said that the country’s political actors have raped democracy, has it not been raped? If OBJ, as he is fondly called, described dear country as “becoming a basket case and poverty capital of the world”, for God’s sake, isn’t the picture on ground looking even gloomier? Is Nigeria not currently seated, comfortably, as the 6th miserable, and the 3rd poorest nation on earth? Is she not in bottom 10 in child flourishing, of course, below Afghanistan, Sierra Leone and South Sudan? On the Global Corruption Index, is she not146th?

In a country that is deeply buried under the rubbles of COVID-19, and inflation rate is currently at 13.22%, the highest jump since October 2016; where bread can no longer be regarded as the staple food of the common man; and, where fuel price and electricity tariff have moved from where they were to where they ought not to have been; ditto for Value Added Tax (VAT), the odds are starkly against the government. For a government that is said to have lost 65% of its national revenue, these are the issues to think about, neither claptraps about the messenger, nor motion-without-movement, medicine-after-death, dead-on-arrivalassurances that can’t assuage the anger and frustrations of the people.

Matter-of-factly speaking, it is not enough to identify problems or look at the solution from a grandiose, political end. Hence, the philosophy of what works! Yes, what Nigeria needs at a time like this are concerted efforts that can blur political, selfish interests, and subsume everything under national interest! It is only then that Nigeria can survive. Whether we like it or not, Obasanjo has opened the Pandora box. Let those who have ears hear and meditate on what ‘Balogun Owu’ has said to the nation! That he has even “opened his big mouth” again is not the issue here. Whether or not he was once found wanting as a former president may neither be too relevant nor have significant bearing on what’s on ground. His mouth may even be too small but, should the man collapse and die today, history will vindicate him for sounding the right alarm, forewarning Nigerians of imminent danger.

So, it’s time even the “garrulous and coarsened functionaries and sectarian opportunists”dropped their political toga and worked in the national interest. But if we think the way out lies in myopic, sectional paths, then, Nigerians had better go their separate ways effortlessly (if that’s possible). The other alternative that is already looking very feasible is catastrophe! One can only pray it would not get to that!

Again, losing a father and confidant can be emotionally traumatizing. That I am, therefore, heartbroken as a result of the passage of my father, Pa Sunday Alaba Komolafe, is to say the least.

To this end, let me seize this opportunity to express sincere gratitude to those, who, through personal calls and condolence messages, showed me solidarity and empathized with me during the trying period. In this list include: Governor Kayode Fayemi of Ekiti State, Ogbeni Rauf Aregbesola, former Governor of Osun State, and Professor Adebayo Williams. Also among them are ‘Wole Olanipekun, SAN; Tola Adeniyi; Babafemi Ojudu; and Victor Ifijeh, Managing Director, Vintage Press Limited.

However, the most pleasant gesture came from my state governor, Mr. Gboyega Oyetola, who was physically present, more or less, by representation, using Charles ‘Diji Akinola, his quick-witted Chief of Staff. The governor, who, majority of the good people of Osun believe is on the right path in governance, even with less or low noise, yet outstanding achievements, found time to send comforts to my family. Mr. Governor, I’m grateful sir. With your current silent revolution of repositioning the state, Nigerians are quite optimistic that, by the end of your first four-year, and second tenure, Osun would have soared beyond the Next Level, looking forward to our El Dorado!

Rt. Hon. Timothy Owoeye, Speaker, Osun State House of Assembly, who is also from my base, also supported me. Bunmi Obeisun, Chairman, Oriade Local Government, Ijebu-Jesa, was physically present to make sure that the burial passage was a success story.

May the Lamb of God, who takes away the sin of the world, repose the soul of my departed father!