Endorsement Of Incumbent Governments By Chiefs: Is It An Unfortunate Convention Against Article 276(1) Of The 1992 Constitution? 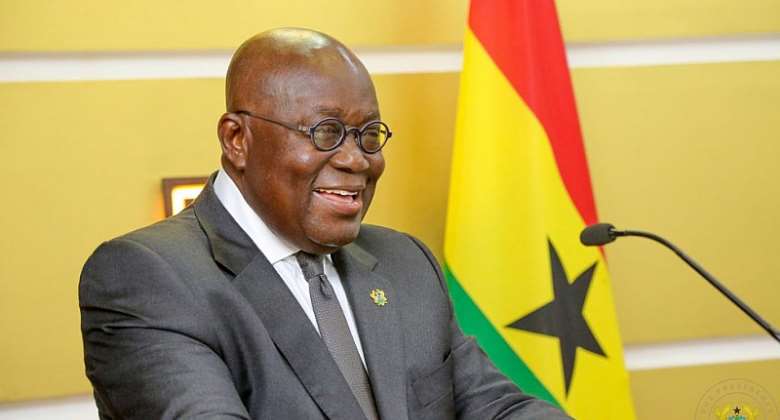 Here are some of the endorsements for John Mahama in the 2016 Elections.

The chief of Kukurantumi in the Eastern Region, Nana Bosoma Asor Nkrawiri in October 2015, is said to have assured President Mahama of 50 per cent of the total votes in the region.

The Chief of Sunyani, in October 2015 however, was surprised all the Eastern Region could put on the table was a paltry 50 per cent with a powerful declaration below:

"I was surprised that the people of the Eastern Region promised President Mahama 50 percent of the votes but I am promising that we will give the president 80 percent of the total votes in the region,” Nana Bosoma Asor Nkrawiri said this on the back of the development his area was enjoying under the Mahama administration.

Also, the President of the Northern Regional House of Chiefs, Nayire Naa Bohugu Mahami Abdulai, on November 21, 2015, could not hide his enthusiasm for Mahama and sought to galvanise support for him with the statement below:

“We passionately pray that almighty God and our ancestral skins will support and back you to achieve your desired aim of continuing to be the president of the Republic of Ghana come 2016.” when President Mahama visited the area as part of his #ChangingLives tour ahead of the National Democratic Congress’ (NDC).

The story was not different in the Upper East Region as the Paramount Chief of Bawku, Naba Asigri Azoka Abugrago II, is reported to have appealed to residents in the area to vote for John Mahama during his 'Accounting to the People' tour in the Upper East region in July 2016 after the president cut sod for the reconstruction of the Bolgatanga-Bawku Road and an irrigation dam.

The Omanhene of Yeji, Nana Pemapin Yaw Kagbrese also ceased the opportunity to endorses President John Mahama in October 2016 when he visited the area as part of his Brong Ahafo regional tour.

“We will not be able to list all the NDC government has done for this community. Although they haven’t constructing all the roads, we can clearly see that they are in the process of doing so. He used just three years to do all this because the first year was marred with the court saga so we congratulate him.”

He furthered his statement that he had “done a lot in the education sector by providing a lot of infrastructure for us.”

The chief of Odumase No. 1, in the then Brong Ahafo Region, Nana Kwasi Yeboah also endorsed Mahama by saying "we do not need to make noise about it, all the projects we are seeing bears testimony to his [Mahama’s] good works. We are solidly behind you Mr President,” he told a gathering of people when the President Mahama called on him during in the run up to the 2016 elections.

The story was not different in the Volta Region as Nana Saafo Attara II, the Adontenhene of the Dodo Traditional Area also endorsed President John Mahama with a touching statement in this shape, "people in Accra and the bigger cities who claim, we the people in this part of the Volta Region can sit there and do their politics. We here can feel the impact and we appreciate what President John Mahama has done for us,” he said.

The Akrosohene in the Akyem Kotoku area of the Eastern region, Nana Kwabena Ofori II also said President Mahama has brought to the area a number of laudable development projects and therefore needs to be given a second term.

The Omanhene of Ajumako Bisease in the Western Region in his address to the chiefs and people, said “I was abroad but decided to return for the festival because of the President. It is unfortunate that he could not make it for this event; I would have danced with him on the floor today for all to see how we appreciate him. As for me and my people, we know what we are going to do. He should not worry; the 2016 elections won’t be a problem for him. God has already done it for him. So he should go to rest and forget about it; it is done,” he said.

Muslim and Zongo chiefs in the Eastern Region in October 2016 endorsed the re-election bid of President John Dramani Mahama. The chiefs made the affirmation when a delegation of the Council of Elders of the National Democratic Congress’ (NDC) Zongo Caucus led by Alhaji Shamsu Kwakwa, called on chiefs at Koforidua, Suhum and Nsawam, all in the Eastern Region.

Akufo-Addo's Endorsements in the run up to the 2016 Elections

The Chief of Tuobodom in the Brong Ahafo Region, Nana Obeng Ameyaw Barimah II, in July 2016, declared his support for flagbearer of the New Patriotic Party, Nana Akufo-Addo by saying “in this world, it is only those who embark on good missions who are encouraged and supported.” He endorsed Nana Akufo-Addo when he paid a courtesy call on him at his Palace as part of the flagbearer’s campaign tour of the region towards the 2016 elections.

The Paramount Chief of the Tumu Traditional Area, Kuoro Richard Babini Kanton VI, in September 2016, was looking forward to seeing Nana Akufo-Addo become the president of the republic with the statement below:

“We have been following governments, since time immemorial, and, still, we have not gotten a dam. So I believe that if you give us a dam, it will really help us so much. And we are looking forward to you coming to office, so you give us a dam,” he said.

The Chief of Garu, Naba Asuguru Akuntam Wini also believed Nana Akufo-Addo was the only one who would bring progress and prosperity to his people by saying “our problem, in the past, was a district. President Kufuor, before the 2000 elections, came here and told us that if he won the election, it will be done. True to his word, the creation of the district was done. When NPP promises you something, it will be done. Thanks to his Excellency, President Kufuor, for giving us the district,” he said.

The Chief of Bawku, Naba Asigiri Azoka Abugrago II, also endorsed the NPP flagbearer Nana Akufo-Addo when he visited his palace as part of his campaign tour of the Upper East region by saying “this is the proper endorsement I want to make. God willing this year, you will get what you want and become the President of Ghana.”

Mpaboahene of Asante monarch Otumfuo Osei Tutu II, Nana Yaw Owusu on behalf of some 58 chiefs of the Asanteman Traditional Council, endorsed Nana Akufo-Addo, as he began his four-day tour of the region on Wednesday, October 19, 2016.

The Gyasehene of the Peki Traditional area in the Volta Region, Togbui Takon Tutu Brempong in October 2016, also endorsed the Presidential Candidate of the New Patriotic Party (NPP), Nana Akufo Addo’s bid to become Ghana’s president during his campaign tour of the Volta Region.

Fast forward in 2020, the endorsement seem to have swung in favour of Nana Akufo-Addo leaving John Dramani Mahama with paltry doses from the endorsements that have cropped up so far.

It is important to stress that, any meaningful analysis could be hampered at this time in respect of the endorsements from our chiefs because there are still some weeks ahead of December 7, and as such, more and more of such endorsements are yet to come.

However, looking at the proportion of the endorsements of the incumbent governments vis-a-vis that of the major opposition from the examples of the 2016 and that of this year, one wonders whether the chiefs are ordinarily playing their roles as agents of development of their respective traditional areas by giving such endorsements to lure the incumbent government to consider them in the distribution of development projects or they are members of either political camps covertly but fail to simply hide their political colours on such occasions.

It appears Article 276(1) of the 1992 Constitution is cryptic as ambiguous and provides leeway for traditional rulers to dabble in politics as long as it's not an active partisan one. We are in huge conundrum as to who determines what an active partisan politics is in order to begin the process of abdication of the stool or skin of chiefs found to have gone contrary to the this Parent Act of the constitution. The questions that must be addressed with appropriate legislation could be two of the following:

1. Should we only classify active partisan politics of chiefs only on the basis of wielding political paraphernalia and campaigning vigorously for a party?

2. Should we classify only the contest of parliamentary seat especially on the ticket of a political party as chiefs dabbling in active partisan politics as the Article 276(1) purports to suggest?

Whatever the options are, our chiefs remain the only symbolism of unity and as such, appropriate measures ought to be put in place to insulate them from making political statements that compromise their neutrality and make them caricature in the very eyes of the subjects who are supposed to revere them.