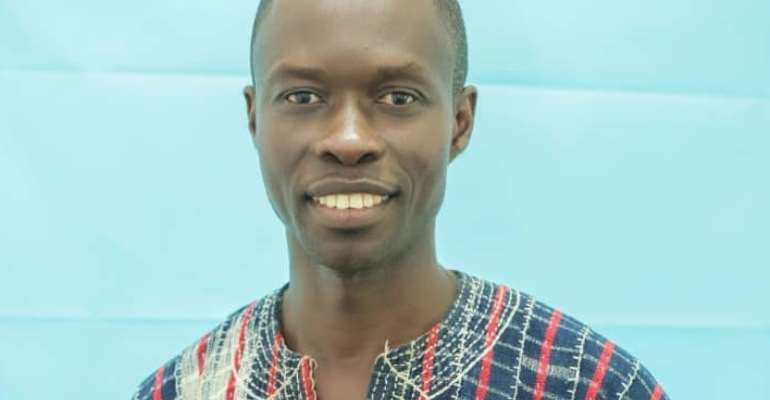 Honourable Wisdom Joseph Ahadjie (The man of the people)

It has been a long-standing tradition in Ghana that in the strongholds of the two major political parties, the New Patriotic Party (NPP) and the National Democratic Congress (NDC), it does not matter whose picture appears on the ballot paper. Once the individual belongs to the popular political party, it is an automatic win. This happens in both presidential and parliamentary elections. While the negative effects of this may not be much felt in the development of the constituencies in the presidential elections, the effects are much more felt and disastrous in the parliamentary elections.

In constituencies where particular political parties dominate, electorates often make the mistake of electing incompetent and ineffective individuals and personalities who belong to the popular party without recourse to the person’s competence, skills and ability to perform. One constituency where this has happened over the years is the South Tongu constituency in the Volta region. The electorates in their likeness for the National Democratic Congress (NDC) have consistently elected honourable Kwabla Mensah Woyome, the incumbent member of parliament for the South Tongu constituency as their member of parliament.

To their frustration and dismay, this member has failed the constituents for the long period he has served as the member of parliament for the constituency. As if this is not enough, he continues to ride on the popularity of the National Democratic Congress in the area to neglect his constituents and their needs as if it does not matter as long as he is in parliament. From inadequate supply of basic necessities like clean drinking water to the high rate of youth unemployment, the constituency continues to wallow in abject poverty with no opportunities for the energetic youth who are ready and prepared to work.

The beacon of hope for the south Tongu constituency has however emerged in the person of honourable Wisdom Joseph Ahadjie. Like in the accounts of Christians in the Bible where judges and prophets arise in times of crises to defend, save and serve their people, God has brought honourable Ahadjie to save and serve the people of the South Tongu constituency.

Honourable Wisdom Joseph Ahadjie hails from Tefle, one of the smallest but economically active towns in the South Tongu constituency. He had his basic education in Tefle and from childhood, he saw how his people suffered. It was at this very beginning of his life that he vowed to see his people freed from the clutches of poverty and pledge to help in whatever way possible to see his community and constituency as a whole attain economic freedom in his time. To be able to do this, he needed to learn hard. From a humble beginning at Tefle, he gained admission into the Presbyterian boys’ secondary school at Accra. He recognized early in his life that to be able to help his people, education is the key.

He continued to the University of Cape Coast where he obtained his first degree. This was just the beginning as the burning desire to help his people took him further to pursue his masters at the Ghana Institute of Management and Public Administration (GIMPA) and the Kwame Nkrumah University of Science and Technology (KNUST) respectively.

Starting his career as a public servant with the National Health Insurance Scheme, as the district director in South Tongu, he was elected in 2006 as the Assembly member of Tefle. As an assembly member, he brought an end to the perennial drainage problem at Tefle to the admiration of the chiefs and people of his community. Here, notable and responsible men and women saw the hopes of effective leadership in honourable Ahajie and urged him on to become the saviour of his people.

As the chairman of the development planning sub-committee at the assembly, he saw the need to unite his people to undertake communal labour to help themselves as everything cannot be provided by government. When the higher call came, he stood on the ticked of the New Patriotic Party (NPP) and won the primaries to become the New Patriotic Party (NPP) parliamentary candidate for the South Tongu constituency. Even before he makes his appearance on the floor of parliament, he lobbied and secured among others a three-unit classroom block for the Agorkpo community, a three-unit classroom block for Sukladzi, a three-unit classroom block for the Zongo community, a twenty seater water closet with borehole for Tefle, an extension of portable drinking water from Vume to Kpotame. It is worth indicating that many prominent people including the chiefs and people of the South Tongu constituency have unanimously endorsed the candidature of honourable Wisdom Joseph Ahadjie.

The youth, aged and children of the South Tongu constituency have their hopes renewed with the appearance of honourable wisdom Joseph Ahadjie on the political scene. As a man of the people, he helps to unite without prejudice to political colouration, ethnicity or religious background.

Most electorates in Ghana in general and South Tongu specifically have come to the realization that it is not necessarily the political parties that we vote for that fail us but rather, the individuals who represent these political parties must be worth their salt if we are to see the needed development in our communities and constituencies. We must thus be circumspect and carefully consider the caliber of people we elect to represent us in parliament.

It is unfortunate that in the past, many have been dazed by political colouration to vote without considering the competencies of the individuals they vote for. This has in no small way contributed to the under development of our constituencies. The need to vote for competency instead of party colour cannot be more needed than in the 2020 elections. It is for this reason that all the electorates of the South Tongu constituency must consider giving the nod to honourable Wisdom Joseph Ahajie to help develop, provide jobs and help in securing the future of the youth.

In many quarters, the erroneous impression is being created that it is not the duty of the members of parliament to undertake developmental projects and assist their constituents in their day to day endeavours. This is far from the truth. In the modern world, the definition and duties of a leader goes beyond traditional roles like law making. The major duty of a member of parliament is to his constituents who elected him or her and if the constituents need good drinking water, he must help and guide in providing same.

(The man of the people)