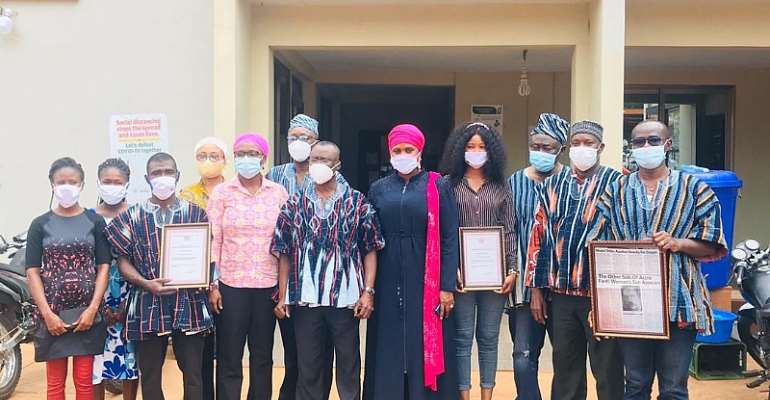 The Savannah Regional Minister, Salifu Braimah, has inaugurated an eight member committee for the Akua Denteh Foundation in Damongo of the Savannah region.

The aim of the Akua Denteh Foundation is for members to tour the Savannah region to sensitize and educate residents to desist from attacking and abusing women who are alleged as being witches.

The Savannah Regional Minister, tasked the committee members to ensure that they visit every community in the region to sensitize residents on witchcraft attacks.

He appealed to institutions, NGOs, individuals to support the committee members to able them execute their mandate successfully.

Mr. Braimah however warned the people of Gonjaland that any person who attacks or accuses any woman of witchcraft in the region will be dealt with severely.

The last son of the late madam Akua Denteh , Mahama Dorminic Issah who is part of the committee thanked the Savannah Regional Minister for setting up the foundation in memory of his late mother.

He was optimistic that the name of his late mother will be used to protect the other women in the country.

“We are very grateful that the foundation is set for the benefit of every woman in Savannah region and Ghana at large.”

Akua Denteh, a 90-year-old woman was the gruesome lynching of at Kafaba in the East Gonja Municipality of the Savannah Region, over allegation of witchcraft.

Hajia Filipina was brought to Kafaba to allegedly exorcise people of witchcraft and after some purported rituals, she reportedly labelled the 90-year-old woman as a witch. There were also 17 old women the so-called spiritualist claimed were witches.

DGN Online understands that when Akua Denteh was informed, she denied being a witch and appealed to Hajia Filipina and her gang to spare her, but her plea fell on deaf ears.

Reports say the woman was openly beaten to death by a mob led by Hajia Filipina.

Sherina Mohamed alias Hajia Filipina, her accomplice Latifa Bumaye and five other men who participated in the lynching are currently standing trial at the Bole District Magistrate Court.