Okada – the dilemma of legalization? 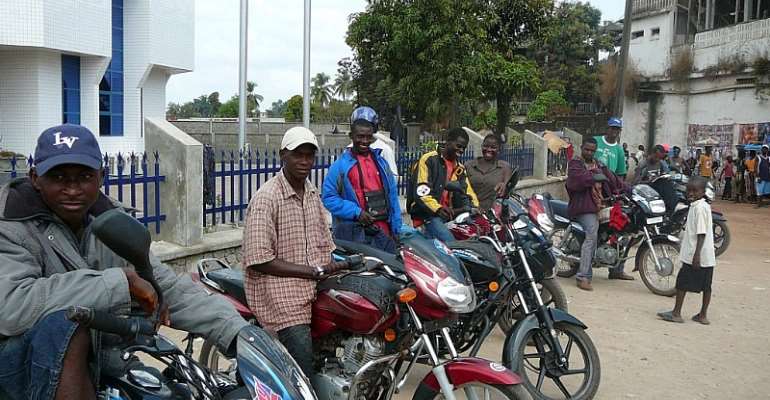 The commercial motorcycles were nicknamed after the airline company because they could manoeuvre through the heavy traffic of Lagos and take passengers to their destinations in a timely manner, in the same way as the airline.

Movement of people and goods from one location to another; origin to destination is a daily and regular activity executed by different types of vehicles to ensure transportation of people, materials and information flow. This is what logistics sort to achieve. Motorcycle is one of these logistics vehicles globally. Some countries leverage the swiftness of motorcycle in the face of heavy city traffics to do only lightweight materials and parcel deliveries.

In our part of the world, West Africa, okada competes with regular motor vehicle taxis for human transport. Heavy city traffic avoidance and cost of transportation are key levers on which okada competes to drive patronage. Some companies use motorcycle riders called dispatch riders to deliver parcels and letters.

With the advent and skyrocketing online shops that promises hour-base and same day deliveries for purchases, motorcycle has become a vehicle of choice. Amidst COVID-19 and its associated lockdowns in Ghana, food and other essential items purchases were near 100% online with motorcycle leading the home deliveries to buyers.

The youth unemployment challenge in African has become a top political priority for the region with governments and political party leaders pioneering concepts and theories to remedy the situation. According to the International Labour Organization, youth unemployment rates remain relatively low in sub-Saharan Africa. The youth regularly suffer from under-employment and lack of decent working conditions. Of the 38.1 per cent estimated total working poor in sub-Saharan Africa, young people account for 23.5 per cent. These reasons among many others are the reasons why okada, the motorcycle taxi business as thrived in some West African countries, and many of the unemployed youth in Ghana have found a living in it.

The Road Traffic Regulation, 2012 (Legislative Instrument LI 2180) prohibits commercial use of motorbikes (Okada) and forbids the Driver, Vehicle and Licensing Authority (DVLA) from licensing motorcycle or tricycle for commercial purposes except for courier and delivery services.

The cases made up of soft tissue injuries (wound injuries) and major injuries, including; victims breaking bones, having head injuries, being traumatized and the possibility of others losing their lower and upper limbs through amputation.

Annual accidents data released by the National Road Safety Authority (NRSA) indicates that more than 10,000 motorcycle accidents have occurred in the country over the last five years with several deaths and injuries. In 2015 alone, the cases were 2,289; it moved to 3,487 in 2017 and escalated to about 4,000 in 2018 during which 732 people lost their lives.

Should okada be legalized, what would be the cost of insurance premium? What safety measures would be in place to mitigate accidents with its associated injuries and deaths? It is obvious that, the negatives outweigh the positives in legalizing okada, motorcycle taxi.