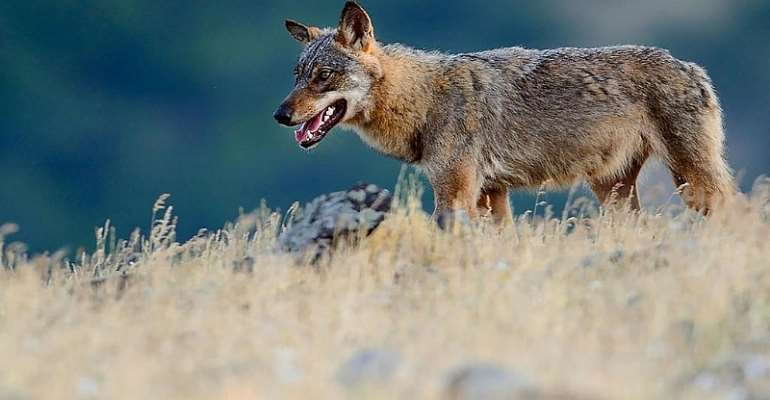 French documentary filmmaker Jean-Michel Bertrand has taken legal action after angry farmers disrupted a screening in south-eastern France in early August, the latest in a series of protests against a film that farmers see as an affront to their livelihoods.

For several weeks, angry reactions have circulated in French media and on social networks after events at a film screening planned for 2 August in the town of Tende, which borders Mercantour national park in the southeast Alpes-Maritimes department.

Two hundred people had gathered to watch Marche avec les loups [Walk with the Wolves], a documentary about wolves seeking a home in France after an absence of nearly a century, followed by a debate with its director, Jean-Michel Bertrand.

Neither the screening nor the debate happened as planned. Some 40 farmers and hunters entered the screening room, banging on bells and yelling insults. Spectators, some of them with children, left the room. Organisers had Bertrand wait outside.

Farmers sent an open letter, extracts of which were published in newspaper Nice Matin, complaining about “lack of impartiality” on the part of Bertrand concerning “a major problem for shepherds”. The screening of the film, they say, “was beyond doubt a provocation”.

“I was not there to provoke: I was invited. It was a difficult experience,” Bertrand told the paper. “These farmers are choosing the wrong target. It's a calm and thoughtful film about relations with the wild.”

Bertrand also objected to the actions of the town's mayor, Jean-Pierre Vassallo, who according to witnesses was present at the event, spoke in the defence of farmers and received a standing ovation.

“With his words, the mayor of Tende fanned the flames,” Bertrand told conservationist group Ferus. “We were in a lawless zone, afraid and, above all, very sad.”

Vassallo, subsequently targeted on social media, gave a different version of what happened.

“I spoke in order to explain the complexity of the situation and, if it has to be either/or, to take the side of those who suffer from the presence of wolves,” the mayor said in remarks cited by newspaper Le Journal du Dimanche. “The debate that followed lasted two hours, and there were no notable incidents.”

Four officers of the gendarmerie police force allegedly watched over the scene but did not intervene.

The film's producer, Jean-Pierre Bailly, wrote to the mayor and to the prefect of Alpes-Maritimes denouncing what he called “an act of censorship”. Prefect Philippe Loos replied, “It would have been pertinent to inform the security forces about this screening in advance.”

“The screening followed by a debate generated tension between those for and against wolves, even before the event could begin,” the state services told media. “Responding to a call of participants, gendarmes quickly arrived on the scene and remained in order to ensure the situation did not deteriorate.”

Bertrand's film, his second about wolves in France, was released in January. It tells a story about wolves returning to the French Alps and to the Jura to the north.

“After an 80-year disappearance, wolves are returning to their ancient territory,” reads promotional material for the film. “The films follows wandering wolves to show how they must cross hostile territory already occupied by others of their kind or, more frequently, by humans.”

Sheep farmers in many parts of southern and eastern France have become accustomed to wolves attacking their herds. Some claim that lobbies of environmentalists are out to destroy their livelihoods.

Bertrand says he has received three letters containing death threats since the film's release but that he did not expect such events to transpire in Tende.

“I can understand the frustration of farmers,” the filmmaker told Nice Matin. “But I cannot accept the political support they have received from a group of officials that spread hatred.”

Chereponi: 12 arrested after vandalising properties over nom...
8 minutes ago