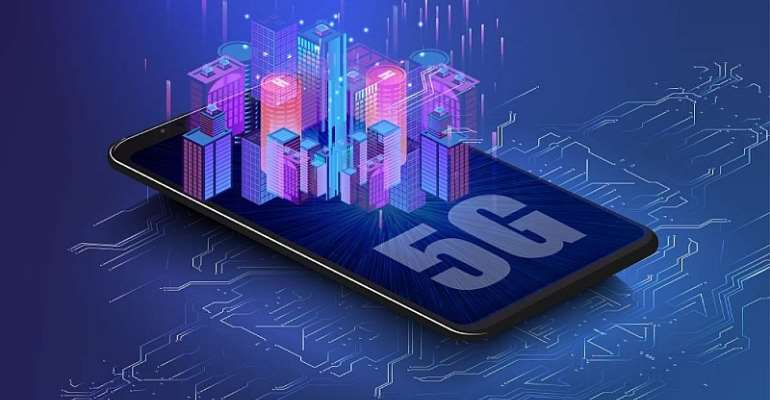 Many things can easily be explained with reasonable, logical, yet simple analysis. That is the purpose of this article: to explain what 5G is and to refute the notion that 5G causes coronavirus. Last week, I got a couple of the “I hear 5G can even cause cancers and coronavirus so beware of technology”.

There’s this theory that 5G can cause you to fall sick. That theory came about when the map of 5G Towers got superimposed with the map of COVID-19 infection cases. It looks almost like everywhere you find a 5G Tower, you’ll find coronavirus cases. And it really is true, the maps do look alike.

Thing is, population density maps also show similar concentrations and if you take a minute and think it through, just a little, you’ll find that 5G Towers are built in places where you find more people. And coronavirus cases have a high tally in higher populated areas than say, a village. Sometimes, we need to pause and ask ourselves “is there a simple, logical explanation to this theory”. So it helps to know what actually 5G is.

5G is primarily a software-defined network. This means that while it won’t replace the use cables entirely, it could replace the need for them, by largely operating on a cloud instead. This will allow it to have 100 times the capacity of 4G, dramatically improving internet speeds.

For example, to download a 2-hour film on 3G takes about 26 hours. With 4G technology it should take about 6 minutes. With 5G the movie would be downloaded in about 3.6 seconds. If you lived through the period of LimeWire with all of the hustle and joy that accompanied downloading a 3MB song in 60 minutes, this is even more futuristic that you’d have envisioned.

Response Times will be Much Faster.

But it’s not just internet capacity that will be upgraded with the introduction of 5G. Response times will also be much faster. The 4G network responds to our commands in about 45 milliseconds (0.045sec). With 5G, it would take around 1 millisecond (0.001sec). That is 400 times faster than the blink of the eye.

Smartphone users will enjoy a more streamlined experience. For a world that is increasingly dependent on the internet just to function, a reduction in time delay is critical. Almost everything is about the internet now. At first, the internet was confined to computers. Then the use of mobile phones became synonymous with using the internet. Now we have TV’s, fridges, even watches that have internet functionality.

Self-driving cars, for instance, is a very tangible example of an innovation that clearly demonstrates why and how imperative the role of 5G is in innovation and global advancement in many fields. This is because some new technologies can only be properly introduced to the mainstream public when paired with 5G technology.

Self-driving cars require a continuous stream of data. The quicker that information is delivered to vehicles that have no human being driving it, the better and safer they can run. Without that dependability of quick and smooth data flow, the car as a machine without timely instructions through data transfer will malfunction in many ways. It wouldn’t be much of a self-driving car.

The above example is one instance of how 5G could become the connective tissue for the internet of things. Technological advancement will largely depend on the reliability that 5G will bring. 5G technology will spark an industry that will grow 3 folds by 2025, linking and controlling not just robots, but medical devices, industrial equipment, and agricultural machinery.

5G will also provide a much more personalised web experience using a technique called network slicing. Network slicing is a way of creating separate wireless networks on the cloud, allowing users to create their own bespoke network.

You will be able to customise your own bandwidth requirements amongst others stuff too. Because, for example, an online gamer would need faster response times and greater data capacity than a user that just wants to check their social media.

At big corporate events, like the ones that happen at Movenpick and Kempinski all the time, there is always a massive influx of people that congregate in one area using data-heavy applications. But with 5G, organisers could pay for an increased slice of that network, boosting the internet capacity, and thus improving the attendees’ overall online experience.

This goes for government functions too. Think of the Independence Day celebrations and how much data is consumed at such events. Think of how many people look down on their phones at the concert shows of Shatta Wale and Sarkodie to upload concert snippets to social media. Think of the streaming of church services.

Basically, wherever there’s huge gathering, massive data is consumed. With 4G, consumption is at the same rate as it would be anywhere else. With 5G, organisers could pay network providers for a bigger slice of bandwidth so that while you are attending the program, you will consume data and use the internet at a much faster rate.

So when can we start using 5G?

Well, in Ghana, not yet. I keep reading some rumours but nothing conclusive. South Korea and the United States have already started the service. In the US, as the first half of last year came to a close, every major cellular network was officially offering 5G services to its subscribers. But the 5G coverage is not across the whole of the United States.

Mobile giants like HUAWEI and ZTE have also been getting ready to launch big 5G trials. The fierce brouhaha between the US Government and Huawei concerning a trade ban from Washington that inadvertently hurt the HUAWEI’s 5G ambitions showcase just how pivotal the introduction of 5G is on a national scale. The race to effective rollout has been a hot one.

5G was created years ago. It has been talked up ever since because of all of its amazing applications. Yet it is estimated that even by 2025, the network will lag behind both 4G and 3G in terms of global mobile connections. Why?

5G’s mainstream existence faces multiple hurdles. The most significant of these, of course, is cost. According to some experts, 5G could cause network operators to tear up their current business models, in order for the introduction of 5G to make business sense.

I’m no expert, but 3G and 4G should have been relatively than 5G cheaper to set up. This is because they were able to roll out on existing frequencies on our country’s radio spectrum. However, for 5G to work properly, it would need a frequency with much bigger bandwidth. This would require brand new infrastructure and its accompanying costs.

Some analysts believe that the extensive building and running costs will force operators to share the use and management of the 5G mobile network. It is already happening. This has been less of an obstacle for countries like China.

The Chairman of China Telecom, Ke Ruiwen, said last year, “Co-building and co-sharing would bring great savings in capital expenditure, operating expenditure, as well as improve resource utilization”. The company had reached a tentative agreement with its rival, China Unicom, to jointly build a 5G network and share parts of the infrastructure. This has the potential to cut multi-billion dollar equipment orders from vendors. When two share one, there’s no need for separate one for either.

The West and 5G

The advancement of 5G in countries like China may be at the expense of the West, where there has been concerns about Asia’s 5G program. Last year, leaked memo from the US National Security Council to the White House called for a nationalised 5G network to keep the US ahead of their global competitors.

Some dismiss the idea, but other experts predict that by 2025, nearly 50% of all mobile connections in the US will be 5G, a greater percentage than any other country or region. It is however still much more likely that much of the West will have a more gradual approach to 5G, driven by competition but with a more sequenced style of development, a few regions at a time.

The mobile networks have called for the acquisition of a 5G spectrum, in line with the continuous evolution of the communications industry worldwide. It is interesting that while Ghana operates the 4G network, very few use it.

The Communications Minister, Ursula Owusu-Ekuful, was spot on last year when she asserted that “It is only a matter of time before connected 5G devices will be on our streets and homes, and we have to look and plan ahead and look at the kind of infrastructure we need to put in place to support this evolution taking place.”

She again said last year, “All the major equipment manufacturers are deploying the 5G offerings currently. There’s a 10-year evolutionary cycle between the various levels of deployment of spectrum. So we are on the verge of transitioning from 4G to 5G. It will take a while before it trickles down to our part of the world but I’m excited that we are working with Nokia to begin the trials. I’ve asked Huawei and they have said that their 4G equipment is scalable through software upgrades and so it’s 5G ready.”

Obviously many of us will have our first 5G experience through our smartphones. 5G could even change how we get the internet at home and at work, because the wireless network will replace the current system of phone lines and cables.

When 5G does establish itself and fulfil its supposed potential, its most compelling influence may be better appreciated when we analyse how it connects us to everything else.

It may not happen overnight, but 5G is coming! AND IT DOES NOT CAUSE COVID-19.

More Macroeconomic Bulletin
ModernGhana Links
The state of the Oil Palm Industry worldwide
Importation of frozen chicken in Ghana
The gap between the lending rate of the commercial banks and the monetary policy of Bank of Ghana
Crypto-driven Universal Basic Income as a tool to reach refugees during the pandemic
Everyone has that one idea they’d like to execute successfully.
Shortage of Shipping Containers Worldwide
The greatest health risk to the Ghanaian working class
The Business of Fashion, the Internet & Corporate Style – with UK’s Susie Bubble
Venture Capitalism – how and why to get in early.
TOP STORIES