MR. PRESIDENT WHERE IS THE EXPENDITURE BUDGET FOR THE GOLDEN JUBILEE INDEPENDENCE CELEBRATIONS? 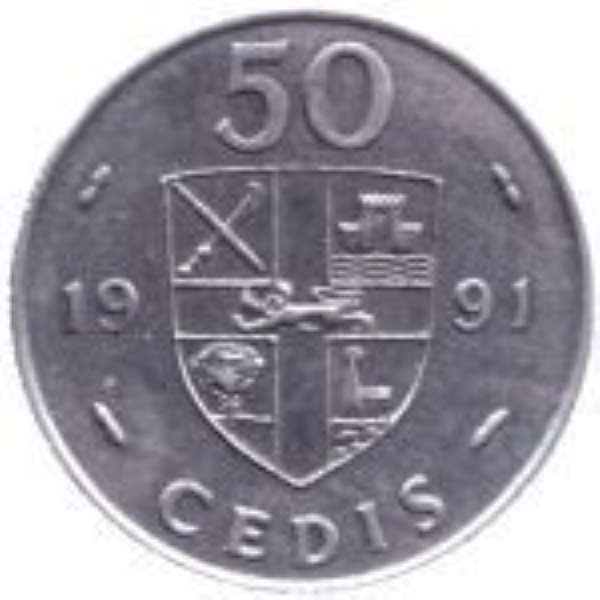 According to the Palaver, NPP is raising ¢440 billion from private sponsors in addition to ¢182 billion from Parliament (www.ghana-palaver.com August 27, 2006). This is good news if they intend to spend it on the nation.

According to the Palaver, the brochure has been sent to almost every important company registered in Ghana, and rumours are that they arrive with subtle hints that failure to sponsor the event will be deemed to be virtually a treasonable act. "So companies are sponsoring, and passing on the cost to the consuming public.”

It must be recalled that Ghana Parliament in July 2006 approved a $20 million for the said anniversary. First the people of Ghana need to know why the NPP administration is collecting additional funds from corporations in Ghana if the budget had already been met. Or is the US$20 million or 182 billion cedis still not enough for the said event? By the way, did Parliament request for an expenditure budget before granting the government's request for the $20 million? I bet they did because Parliament is supposed to be very RESPONSIBLE. Then why are they keeping it a secret from us?

So if the NPP knew how to raise the money why did they ask Parliament for $20 million in the first place as the request has generated a lot of controversy in Ghana as a HIPC nation? The people of Ghana needs assurance that our money would be used wisely and as per application for the funds as advertised to the general public- Give Accra a face lift (at least keep it as clean as other Western and civilized zones). Clean up Accra, make sure water flows and is available to all (at least in Greater Accra Region); build toilet facilities along all the highways etc. We would hate to see the $20 million invested in luxury cars for Government officials who may turn around and loot them before they leave office in 2008. Knowing how much our government loves the nation, we can trust that the monies would be invested prudently.

As a matter of fact all we hear about the preparations is solicitation for funds not a solid and concise plan as to what the money is being used for. So Mr. President can you ask for and give the people of Ghana the expenditure budget to rally the support of the nation and put the speculations to rest?
Everyone from the president's office seems to have a different list of items to be covered by the amounts being sought. I beg to differ that the NPP does not really intend to invest the $20 million in the people of Ghana but themselves. If I am wrong then I dare the Planning Committee to explain to the people of Ghana how they are spending the ¢440 billion from private sponsors in addition to ¢182 billion from Parliament.

According to the Palaver's analysis, every company on the “Ghana Club 100” list is required to be in the “Black Star Class” of sponsorship. That works out to just around ¢2 billion x 100 companies = ¢200 billion.

I think it is a great idea for the NPP to try this great innovation. The proponents need to be commended on one hand. Notwithstanding, we can only laud the idea when we know that the government intends to spend the monies being collected wisely. One of the means to measure the sincerity of the government is to know their budget and how these collections fit in. We need some transparency and accountability from the government who intends to use her powers to appropriate these funds indirectly from the suffering masses.

Hopefully the NPP is honestly raising these funds for the infrastructure outlined above and many more and not deceiving the public to raise funds for the Establishment in their upcoming 2008 election campaign? But how can we trust the government when the Parliamentary appropriation was not accompanied by an expenditure budget, and neither is it indicated what the funds being raised from private sponsors are to be used for?
Perhaps it is worth to caution President Kufour, NPP and Parliament in general to be ware of the people's money. Accountability cannot be skipped here. History will judge our actions on what the government used the funds allocated to Ghana's Golden Jubilee for. A word to the wise is enough.

OKYERE BONNA (Writer of A New Agenda For Ghana.)