Job 600 Annex Ready For Use 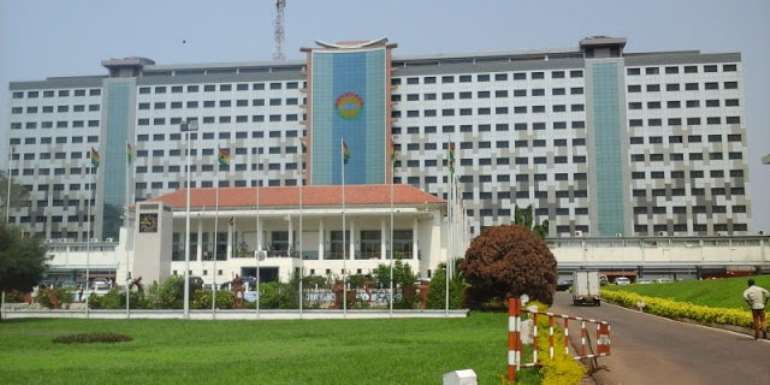 The Speaker of Parliament, Professor Mike Oquaye, has said works on the Parliament House Physical Infrastructure Enhancement Project was ongoing in earnest.

He added that the constructional works have been duly completed for the Tower Block Annex (Job 600 Annex), the Visitors and Drivers' Centre and the Administration Block Annex.

“Currently, the subcontractors for the furnishing of the said facilities are expected to complete their assignments in about two to four weeks. I would like to commend the consultants, Messrs ADK Consortium and the main contractor, Messrs China State Hualong Construction (Ghana) Limited for the good work done,” he stated.

Delivering his closing remarks at the end of the second meeting of the fourth session of the seventh Parliament, Prof. Oquaye noted that 50 staff of the Parliamentary Service had been allocated housing facilities at the Rehoboth Knightsbridge.

“I would like to reiterate that the Parliamentary Service Board has given a waiver to staff who have not served the required number of years, that is, 10 years, to benefit from the facility,” he added.

He said the board was also working on MP5 pension scheme insurance packages and other benefits. Currently GLICO Pensions Trust Limited is the trustee manager of the Tier 2 pension contributions of Parliamentary Staff.

On condition of service, the Speaker indicated that “the administration continues to take steps to improve the working conditions of the staff of the Parliamentary Service.”

According to him, the officers were appropriately honoured and given awards at a ceremony held in the Speaker's Lounge at the Tower Block.

“I am also not oblivious to the huge contributions made by members to the work so far carried out by this House. Together with the leadership of the House, discussions are far advanced regarding the time and nature of awards for hard-working Members of Parliament,” he said.