Playing The Tribal Card – Whose Gain, Whose Loss? 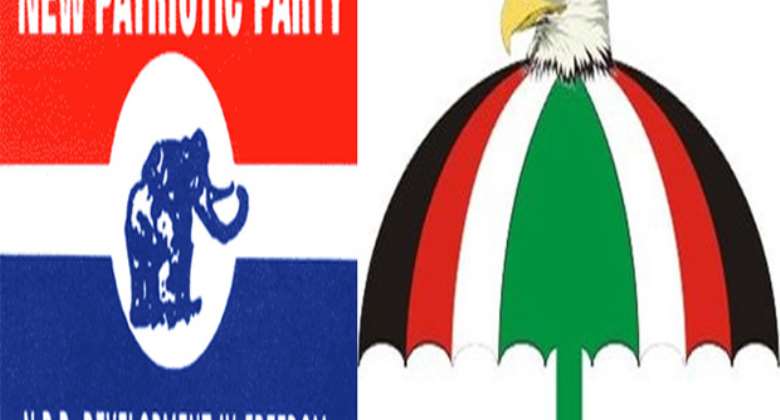 “When two brothers are fighting, it is the
foreigner who harvests their produce.”
Chinua Achebe

HATE SPEECH is an insulting or threatening speech or writing which expresses prejudice against a particular group, especially on the basis of race, colour, religion or sexual orientation. With the parties' race to grab the political diadem on December 7 heating up, and with the parties' hurry to win votes, there appears to be the tendency on their part to fall prey to hate speech.

On July 30, this year, the Media Foundation for West Africa (MFWA) engaged “the political party communicators” on how to promote an issues-based and decent language campaign, as the political parties gear up for the 2020 general election. In attendance were representatives of the New Patriotic Party (NPP); the National Democratic Congress (NDC); the Convention People's Party (CPP); and the People's National Convention (PNC). Representatives of civil society organisations (CSO) like the Centre for Democratic Development and the Ghana Independent Broadcasters Association were also present.

Professor Kwame Karikari, a lecturer and communication specialist, called on media organisations to bar political party communicators and politicians who use hate speech from speaking on media platforms. Says the good old Professor: “You should banish, reject and disallow users of hate speech from your platforms without apology. If it is the newspaper, we have to edit out those unethical expressions and block them. We must encourage the public also to condemn and reject hate speech.”

The lecturer and communication specialist could not countenance the failure of the two dominant parties (NPP and NDC) to condemn various acts of violence indulged in by their members. He noted: “It is quite demeaning of our national sense of responsibility and abject disrespect for our values as self-respecting citizens when the two dominant political parties make it a culture not to condemn but actually shield, protect and hail their members who commit violent acts during elections.”

President Akufo-Addo has often been cited as uttering the “All die be die” speech; it is akin to “All die be closing eyes”. Ewuo biara dan owuo. It is a courageous acceptance of one's fate in case a political protest misfires; this is our opinion, given the context in which that speech that was made. It will be a political naivety to interpret this to suggest that the President, at the time he made the speech, was the aggressor.

In May, 2014, John Dramani Mahama came to campaign in Kumasi, and stated in Twi: “(loosely translated) even if I pave all your roads with gold, you will say I have done nothing.” And, of course, he as an NDC man was in the stronghold of NPP! He was not flayed.

Members of various political parties have, at one time or another, made remarks which have not sat well with members of the other political parties: J.J. Rawlings, Asiedu Nketiah, Kwadwo Owusu-Afriyie (Sir John), Kennedy Agyapong, Sammy Awuku, Koku Anyidoho… but each of them has had a fine way of justifying their statements. Unfortunately, in Parliament in 1970, Dr. Agama accused Akans of sidelining Ewes and were inward-looking, Victor Owusu replied that Akans cannot be accused of being inward-looking. This became a charge against Victor Owusu for saying Ewes were inward-looking. Later, at political rallies, Victor had a hell of time explaining away the statement – and even apologising, but the tag remained on him.

Now, in post-Covid-19 era, a new trend is appearing, and is being championed by Sammy Gyamfi, a young man who has a long political life ahead of him. Being the National Communication Officer (formerly Propaganda Secretary) of the NDC, he called a press conference. Parts of his speech read: “…the NDC is deeply worried and totally aghast at what appears to be a deliberate agenda of tribal discrimination hatched by President Akufo-Addo and the NPP to frustrate and disenfranchise Ghanaians of certain tribes from acquiring voter ID cards… Hopefully, this time, you will appreciate the NPP's clandestine agenda to deploy voter suppression through ethnocentric discrimination to rig the 2020 general election… this state-sponsored ethnic discrimination and tribal bigotry in the ongoing voter registration exercise targeting Voltarians, Northerners, and Muslims in our Zongo communities, is very pervasive … he (Akufo-Addo) currently presides over a country where ethnic tensions are alarmingly high and threatens the peace and cohesion of the nation… never in the history of Ghana, have we seen the level of tribal discrimination, lawlessness and divisiveness in our body politic(s) as we are witnessing today under the despotic, tyrannical and tribalistic Akufo-Addo government… the deep scars of the obnoxious and ethnocentric Aliens' Compliance Order in the early 1970s under Dr. Kofi Abrefa Busia, a celebrated forebearer of the NPP – which drove people perceived to be non-Ghanaians from Ghana remains an eternal dark spot in our history… Nana Akufo-Addo whose father served as the President of Ghana during Dr. Busia's era will repeat such travesty of justice against sections of Ghanaians just because of their ethnicity… We cannot survive four more years of tribal bigotry, four more years of harassment, four more years of violence and lawlessness… under despotic Akufo-Addo.” Eish! Where is Bawumia– a Northerner and Muslim…and where are our Ewe brothers and friends…Francis, Aaron…

Who is fanning the embers of hate speech, and with what aim? Sammy Gyamfi has, within this short period of climbing the seat of office, shown the Ghanaian world that he has a mouth that can “bite”, like the putrid acidic – mouthed boys groomed by Kwamena Ahwoi years before to face J.J. Rawlings. These were the babies with sharp teeth. Honourable Okudzeto Ablakwa and co. have debunked this claim. The scenario is like Napoleon's attack dogs in George Orwell's “Animal Farm” in which the dogs did the bidding of Napoleon to silence every opposition.

The NDC appears to pit the NPP against Voltarians, Northerners and Muslims. People like Koku Anyidoho spoke about the NPP – Voltarian rift in 2016; Fiifi Kwetey, the Ketu South MP thinks NPP hates Ewes whom they regard as aliens. Defence Minister, Honourable Nitiwul, a Konkomba from the North-East Region, had a difficult task trying to explain the deployment of soldiers to various border points in the country during the last registration exercise to the extent of asking: “So I have an agenda against my own tribe?”

Ethnicism or tribalism is a very sensitive issue, and anyone who wants to parade himself as a Ghanaian ought to be careful in any commentary they may wish to make in that respect. As for Sammy Gyamfi, he must be told that Akan culture (and we want to believe he is an Akan) extols respect for elders. This is fair advice to him, that is if he has not got anyone in his family to advise him. He must learn from Haruna Iddrisu, that respectful lawmaker.

The pogrom in Rwanda started on a low-key, and triggered into a wildfire, consuming almost a million people. If we have offended any person by this article, we beg for forgiveness. We say mea culpa, three times.