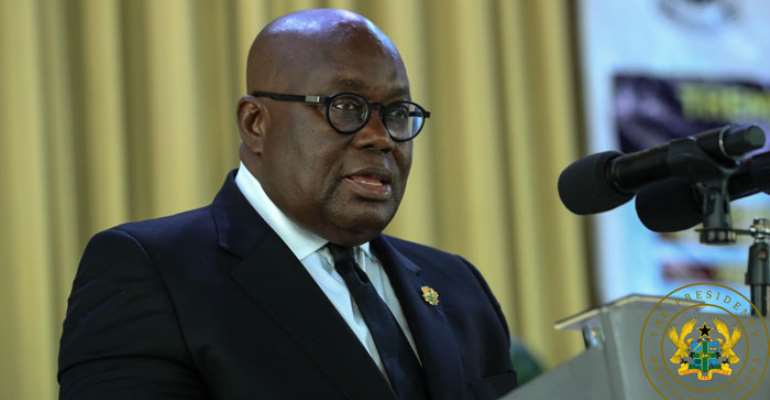 On 3rd August, 2020, some final year students, after literally being frustrated by their WASSCE first examination paper, Integrated Science, redirected their frustrations and anger hurling unprintable words at the President of Ghana, Nana Addo-Dankwa Akufo-Addo. Many used modern channels including Facebook and other social media pages blaming the president for their inability to effectively provide the required answers. According to them, the examination was very difficult and think it’s the fault of the President because he failed to provide them with past questions as promised. Others pointed out that the invigilators were too strict on them, subtly saying they could not get the chance to communicate with their fellow colleagues or engage in examination malpractices.

It is rather unfortunate these students used such vulgar and unsavoury languages on the first gentleman of the country. The question I wish all to ponder over is “how did we get here?” Because our African culture frowns upon younger ones disrespecting the elderly. So again, “how did we get here”? Is it that the parents of these children did fail at their natural responsibility of orienting or nurturing their children well? Or it is as a result of peer pressure? What is really influencing these students to behave in such manner?

A cursory search on Facebook and other media pages reveals that this is not the first time vulgar languages have been used or is being used publicly. This is pervasive especially in political discussions. Names that come to mind immediately are Salifu Mogabe Maase (of NDC & Power FM) and Kwame Baffoe Abronye - DC (of NPP). When one scans through most of our television channels or listen to certain radio shows, one will not be surprised at what these young folks did or what might be influencing them. I am not by any means justifying this unrighteous act which should not be exhibited or mentioned among us. What I am trying to point out is where they probably got their inspiration from to act this way.

It has been observed that these students are on daily basis bombarded with unfruitful, unpleasant and garbage contents spewed on almost all media pages from Facebook, Instagram, TikTok, and even on-air media programmes from radio to television shows. Other contents are from most movies, songs or music videos and certain comments by most people who need not be called celebrities. In recent years, students grow up singing songs and watching contents filled with sex, nudity, drugs, alcohol, vulgar language etc. These get imprinted on their subconscious minds and get released when their emotions are triggered. The resultant effect is what we see these days, female students “twerking” and showing off their bodies and the males indiscriminately using invectives. For one to capture themselves performing immoral acts is unthinkable unless they think it is the new normal. Since older people, including so called celebrities, these students look up to are misbehaving in public, what is the big deal when they do same from their point of view? Most of these students act ignorantly not considering the future repercussions or ramifications. The writings have always been on the wall but we mostly ignore them pretending all is well. Let us all be observant and watch the kinds of character these students will exhibit after writing their final papers especially on social media. The root cause of the problem is simple, the moral fibre of the country is weakened.

One sad thing about this generation is that, they are generally left to be trained by television programmes and social media contents. Sadly enough, there is not afterthought of long-lasting impact on the minds of viewers when such programmes are being developed or designed. The primal focus for most producers and managers of such shows is to attract the numbers that can rake in the revenues projected. Some musicians and popular slay kings and queens do not care to show their nakedness or use abusive languages if only it gets them the leading trend for the week or month. Think of this, isn’t it ironic that leading artistes like Sakordie and his colleagues will sing songs to condemn corruption but will never condemn alcoholism, nudity and the use of vulgar or sexually suggestive words in their music videos? Have you ever heard Shatta Wale condemning fornication or the use of vulgar languages in music or Stonebwoy condemning nudity or partly naked ladies in music videos? Also, how many politicians have you seen fighting corruption vehemently or passionately? Certain corrupt acts are always defended by the political parties. It seems everyone is comfortable with immorality so far as it gives them money and fame. So why won’t these young ones acknowledge this to be the new normal? Until these categories of citizens remove the immoral speck from their respective eyes they cannot justly deal with or rebuke certain immoral acts in the country. Things have gotten worse that our television scenes are now filled with scammers championing themselves as money doublers offering unthinking packages and stations showing pornographic movies in the name of sex education. Who is monitoring? The government should not downplay the effect these contents have on children who in most cases find it difficult to make meaning of.

Another area of influence is the inherent power politicians have given or are giving to these students. It is evident that students have develop the idea that they are pawns used by politicians for their political gains. How do you expect them to act if at the back of their minds passing an examination is a political point to be scored by one party and their failure a score for another party? As one of the students remarked, they were expecting past questions from the President based on a promise given them. They were not expecting past questions from the Ghana Education Service (GES) or the Ministry of Education (MOE) but the President. Why? Because the President has tagged this batch of graduates as his. Whilst those satisfied say four more for Nana, the few disappointed ones are expressing their frustrations. The irony is that people are not condemning students who are doing politics by praising the President but are holding the necks of those who are expressing their frustrations. Again, I am not justifying their evil deeds. Rather, I think we need to look at this holistically. So far as the presidency continues to act as a demigod promising redemption for people from their troubles or precarious situation, citizens will continue to expect them to provide anything and everything including those they are responsible to provide for themselves. There should be a dividing line between the responsibilities of government and responsibilities of citizens. Until politicians stop promising anything just to gain power, citizens will cease not to be dependent on them for virtually anything and everything. We will one day wake up to hear a candidate promising free salaries till eternity.

Several citizens have offered solutions to this canker. Mr. Franklin Cudjoe thinks in order to immediately solve this problem “all those delinquent SHS students who insulted the President freely must be brought to book and made to sign codes of good behaviour”. On Friday evening I heard fourteen (14) of the students had been sacked and barred from writing the exams by the GES. I see these and others as fire fighting remedies to a volcanic problem of immorality plaguing our nation. One does not need to be a soothsayer to see that the moral fibre of the country is progressively being chipped off (if not already half way done with) and if nothing is done the future of the country will not be desirous by all.

The unadulterated, inerrant and infallible word of God teaches in Proverbs 14:34 that “Righteousness exalts a nation, but sin is a reproach to any people.” I get scared at the rate immorality is increasing in all sectors of the country and get more petrified when the organizations which are responsible to fight this canker get compromised. Religious bodies, especially Christianity, must without fear or favour rebuke these evil acts. A nation with about 72% of its citizens purported to profess the Christian faith should not be porous as it is now. If every sector of the country truly has 72% of faithful Christians then Ghana should not be in the state it finds itself. The fact on the ground suggests that this percentage is not a true reflection of Christians in the country. The visible Church instituted by God to train and teach righteousness and to uphold morality is also overwhelmed with all kinds of selfish intents, immorality and prosperity that have nothing to do with what Jesus Christ died for. Due to her compromising stands the visible Church is losing the fight against wickedness or evil in this country. Some men of God in high authority have been influenced by their political stands. These politically-clothed men of God therefore see no evil or talk no evil. Others are afraid to talk because everything they say is politicised. There are those who talk only when they have been attacked. We have members who only stand with their church leaders when a scandal about them comes into the public domain but will sit when it is about other leaders. Is this how we were called to fight the good fight of faith? Evil exists and the earlier leaders and members rebuke it publicly the better for the country and its future. Church leaders should not continue to give the devil a foothold.

The Almighty God instituted governmental structures to execute his righteous judgments on his people. This includes punishing sin and exalting righteousness. It is therefore the responsibility of the Ghanaian government to institute policies and enact laws that will strengthen the nation’s moral fibre. These initiatives must be able to train up our children the way they should go morally so that when they are old they will not depart from it. Are there laws banning vulgar, explicit and nude contents in Ghanaian movies, songs, music videos, radio programmes and so on? Whose responsibility it is to monitor and reprimand? Will politicians employ evil tactics just to win them elections? Government must do all it can to bring some moral sanity on our airwaves. Radio and TV stations must start vetting thoroughly the kinds of contents and people they put on air. At the end everyone, including Church leaders and governments, will render account to God on the day of judgement and the current or any future President should know that any decision they take or do not take in this regard will be tested with fire and be judged accordingly. We should note that “it is a fearful thing to fall into the hands of the Living God” (Hebrews 10:31).

She even wears knickers to wash in the compound — Takoradi w...
16 minutes ago