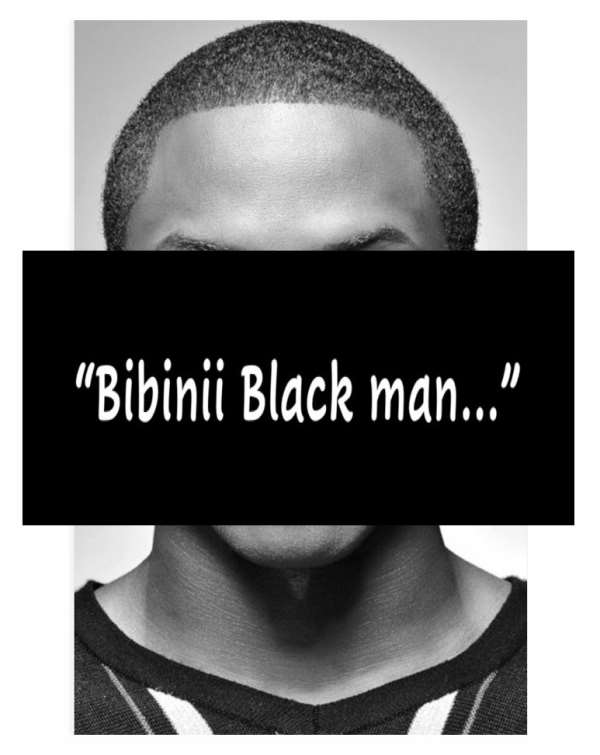 Picture yourself in a position of power—governmental power. You find awaiting you a queue, seeking audience with you—business initiatives, proposals they each carry. In this queue of Ghanaian men and women, sits a lone White man. Now, you have one meeting to spare—you have to rush off to a certain meeting as 'powerful' people mostly do. Tell me: who, in this long queue of people, have you called to your office?

This may just be narcissism

I have always fancied Ghana some sort of Black utopia—a nation with a temperament for growth, I like to call us; a nation easily atop any “most likely to succeed” African list. And this is with good reason too. This is not just narcissistic gibberish; the country has the prerequisite political, cultural, sociological climate, all great foundations on which to build unimpeded economic growth.

Mentally, I proffer Ghana as solutions to frustrations communicated by say, our kinsfolk in the Diaspora. For example in the USA, in business: the complaints about wealth gaps; the lack of Black businesses, the low success rates of existing Black businesses, killing Black entrepreneurships and the culture thereof; lack of capital and financial support for Black businesses; racial biases—the view that Black products and services are inferior to their white counterparts'; pigeonholing of Black businesses as only serving the Black population, not the entire population, etc.

There have been endless campaigns to bridge the longstanding and monstrous wealth gap between Blacks and Whites. America is a nation with a population of about 330 million. Black people, the second largest racial group after Caucasians, constitute13% of the national population—that is over 40 million people. Yet presently, there are just over 2.5 million black-owned businesses in the country out of the 19 million in total—the number of white-owned businesses stands at about 80% of the total figure.

In the job market: it is the lot of the African-American to face unemployment, job instabilities, unequal pay (lower than their white counterparts'), and all such extensions of systematic racism leveled against them in this nation of which they form a part. Socially, culturally, in their day-to-day lives, they are made to feel, overtly or covertly, like second-class citizens, based on the colour of their skin. This is a hurdle, pretty much non-existent in the Ghanaian context—for you may not have realised, we all are, even the fairest, different shades of brown, and black.

This may just be childish blabber

All this talk of an unequal playing field for our Black kin in the Diaspora, due to the fact that they mostly form minorities in their respective nations, makes this incessant 'Ghana (and Africa)' signalling—the call to 'return home' all the more prominent. Africa is the only continent on which Blacks predominantly form the majority. Maybe the problems of the 'minority' are solved when they are the 'majority'. While some are off fantasizing about a fictional Wakanda, Africa has here, vibrant human and natural resources realistic as day, more so than 'vibranium'—and an opportunity to use the former to convert the latter into internationally competitive goods and services, further enriching the African continent.

What we have in Ghana, is an equal playing field of a sort—as equal as a society can be. What we have here is a nation free from the neurotic, psychotic assertions of supremacy of the White folk (overtly or covertly) and the consequent systematic degradation of Black efforts. What we have in the country is a potential for unimpeded journey towards Black economic liberation, Black educational liberation, Black excellence on all fronts, a globally competitive Black race. A Ghanaian/African cannot be second-class citizens in their own homes—tell me if this isn't Black utopia!

This May Just Be You Talking

So then, what is your answer to the 'Pop Quiz'? You must have tried fighting it off; you must have said to yourself, “I would call the first person in line”; indicating that if it was the Ghanaian—fine; if the White person—fine. You would just call the first person in line! But why are you fighting this answer your subconscious seems to be signaling? Why does that white individual, in the company of your own people, your own kind, seem like a much more attractive option? You are not a mental slave—you love Bob Marley's 'Redemption Song'. Anytime you have listened to it, you have pictured other Black people, culprits—but you, you are not a mental slave! But why was the 'White option' your first recourse as 'right option'? There is a problem if you cannot admit the truth to yourself; there is a problem still even when you are frank. We each all exhibit signs of mental slavery, daily, in our national lives. And of the ills that could potentially cripple Ghana/Africa's growth, this has got to be the most lethal.

Our brothers and sisters in the Diaspora have— since they were forced to traverse the Atlantic—been relegated to the position of second-class citizens. The years have only served to wean of this fact in thin sheets—the problem still persists. We on the African continent, we Ghanaians have, on the other hand, with our own mentality, relegated our own selves to second-class citizenship. Governments are nothing but compositions of individuals, all very much like the average Ghanaian/African—thus they too suffer this bane of self-abasement.

It is important to tackle these flaws from the root; otherwise, what we are left with are phrases—nothing but soundbites, perhaps meaning what they stipulate, but only end up lasting four years, or if a specific government is lucky, eight years. 'Yes, we can', when really we cannot. “Changing lives; transforming Ghana” when really we keep deep-seated problems same, unresolved. 'Be citizens, not spectators' when really we have necessitated a culture of spectatorship. The Ghanaian in many ways is forced into spectatorship—forced to take the backseat, watching on. With this much time on our hands, we begin to nitpick; we call all politicians thieves, sometimes, admittedly not bothering to look into the facts—calling our leaderships just a bunch of pot-bellied, belts-loosened, thirsty leeches—feeding yet another troubling stereotype, of defunct African governments.