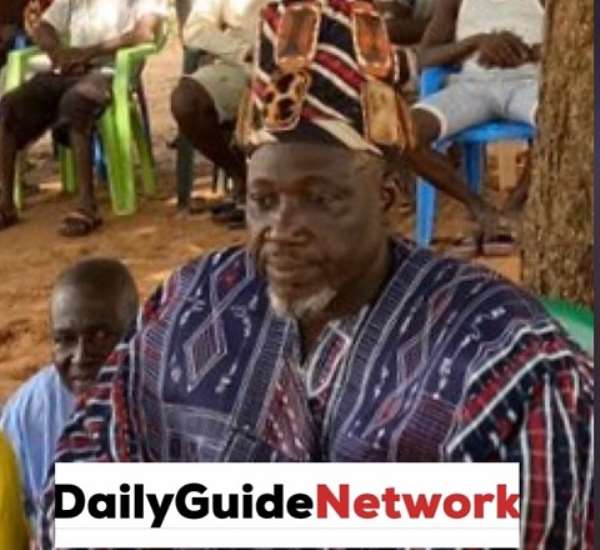 The Savannah Regional Police Command has arrested the chief of Kafaba, Seidu Yahaya, in connection with the lynching of Akua Denteh, a 90-year-old woman after she was accused of being a witch.

He said the Kafaba Chief was arrested in Damongo today, July 28.

According to him, the police are interrogating the chief in connection with the murder of madam Denteh in Kafaba.

“With the arrest of the Chief, I know he will assist us in arresting the rest of the suspects,” the police boss noted.

DCOP Bediako assured that the police were committed to apprehending the culprits.

He says “I know people have fled Kafaba they can run but they can't hide.”

It would be recalled that the Inspector-General of Police (IGP), James Oppong-Boanuh, a few days ago, dispatched homicide experts from the National Police Headquarters to the Savannah region to help search for the murderers of madam Denteh.

The suspects are one Sanje, who is said to have hosted Hajia Filipina, a priestess who declared the deceased a witch.

The other suspects are one Aliu, a teacher, Bumaye, Ashley and Manafo.