90-Year-Old Woman’s Death Must Not Be In Vain – Prof. Opoku-Agyemang 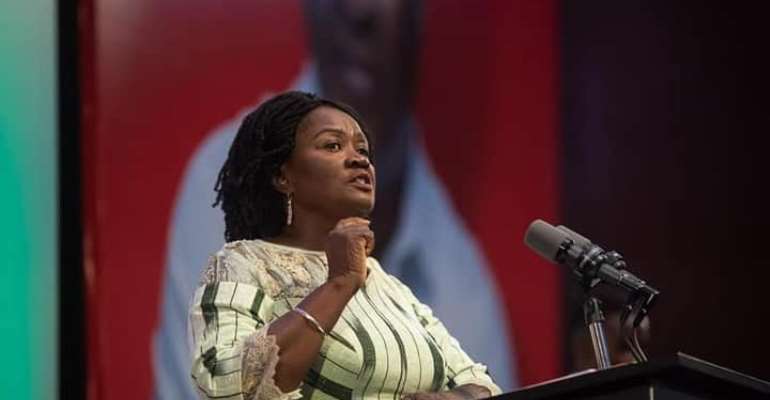 The running mate of the National Democratic Congress (NDC) flagbearer Jane Naana Opoku-Agyemang has reiterated her call for police to take action after the lynching of a 90-year-old woman in Kafaba in the Savannah Region.

She called on the “security agencies to convince us that she has not died in vain.”

“If we choose to be anywhere as a country, the destination should not include a place where a 90-year-old woman, Akua Denteh, is stoned to death because someone has decided that she is a witch,” she said.

Akua Denteh had been accused of witchcraft by a soothsayer who is wanted by police, alongside two others.

Experts from the National Police headquarters have been deployed to the Savannah Region to hunt down the perpetrators of the incident.

A team of crime experts from the National Police headquarters has been deployed to the Savannah Region town of Kafaba to hunt down the perpetrators involved in the gruesome killing of a 90-year-old woman.

The police have placed a bounty of GHS2,000 on the perpetrators.

The incident was captured on camera and went viral. A group of women were seen leading the lynching of the elderly woman after the soothsayer’s claims.

In her initial comments, Prof. Opoku-Agyemang said the barbaric act had left her “like many I can imagine, deeply sad, indeed.”

She stressed that “old age cannot be synonymous to witchcraft.”

“The elderly in our society rather deserve our love and protection, not this level of unspeakable cruelty,” she added.

The issue of witchcraft claims, especially against the elderly, has been described as a human rights concern in Ghana.