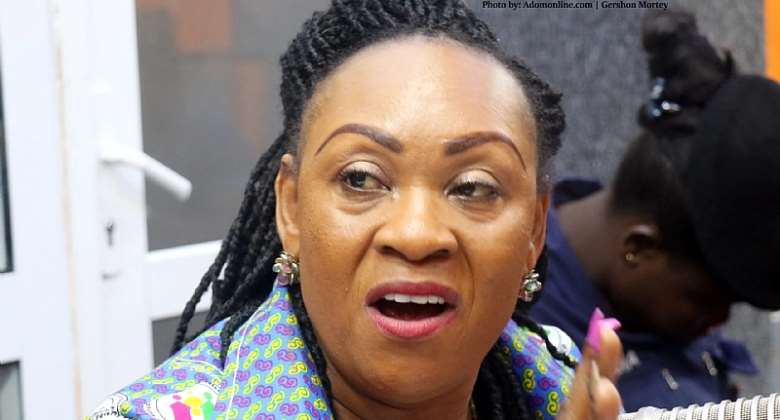 The Executive Director of ASEPA, Mensah Thompson vowed that if President Akufo-Addo fails to set an example with the Member of Parliament for Awutu Senya East, Hon Hawa Koomson who doubles as the Minister for Special Initiatives by sacking and prosecuting her for pulling a gun and firing shots at a registration center, then the president is indirectly urging all Ghanaians to go to the polling station with guns for the December Elections.

Speaking on Power 97.9FM, he noted that Hawa Koomson is using her parliamentary immunity to harbour criminals that makes herself a criminal as well.

He alleged that Hawa Koomson is not the one who actually fired the gun but his thugs who followed her to the registration centre including her own son.

According to him, her decision to own up for the gunshot was meant to shield his thugs from falling into trouble.

More from Politics
ModernGhana Links
"I can assure you that, latest by first quarter of next year, Ghana’s credit rating will be D" — Ato Forson
'Col. Kwadwo Damoah is a great asset to Ghana, stop needless attacks on him' — Former Techiman North DCE
The person who appoints is the one who can sack, reshuffle — Agric Minister
TOP STORIES