Anyone Defending Hawa Koomson, Must Be Suffering From Intellectual Deficiency 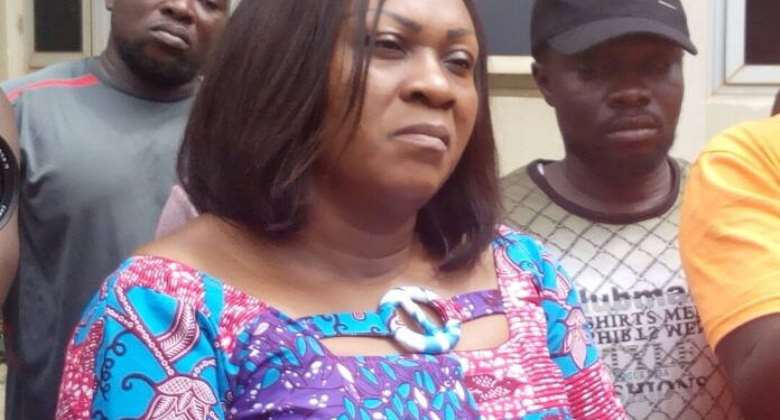 Anyone defending Hawa Koomson, must be suffering from intellectual deficiency or purely an untruthful, dishonest person.

Listening to Hawa Koomson's own narration, the following issues readily come up :

1. Her action was premeditated and premeditation doesn't qualify in the stretch of anybody's wildest imagination, as self-defence.

2. She claims she heard her opponents had bussed people to the registration center and so she went there in the company of 'men'. This clearly demonstrates her intention was to go there and cause commotion - otherwise - instead of going there in the company of 'men', she should have gone there with the police! Are we doing rule of law or rule of men?

3. In the video that has been widely circulated, you can see her violently trying to attack someone. How on earth would a minister, stope so low to go into verbal and near physical or fisticuffs exchanges in the full glare of the public - she is supposed to be an exemplar to?

4. Imagine if the other side had also pulled guns and started firing warning shots what would have happened? Ghana is not a war zone and the earlier we hammered on that to the desperate politicians, the better.

5. I saw how she flatly refused to be restrained by the police. That's a sign of arrogance, offensive show of power, pomposity, and unruliness! This cannot be the hallmark of a leader.

6. My final point, Hawa Koomson should know, she's not above the law.

I'm asking the President to fire this lowly minister immediately!

More Opinion
ModernGhana Links
Liberia is steadily losing its youthful population to harmful substances, a call to national leaders
'The Hidden War': What does the future hold?
Raising The Stakes, Changing The Pace
Why should religious tolerance be encourage in Ghana
Can Hemp (weed) Help In The Fight Against Corona?
Police and investigating witch-bloodletting in Ebonyi State
Benchmark value: The facts the ordinary Ghanaian should know
A Sad Day For The Environment
Medical Education In Ghana, The Preserve Of The Rich And Privileged
TOP STORIES