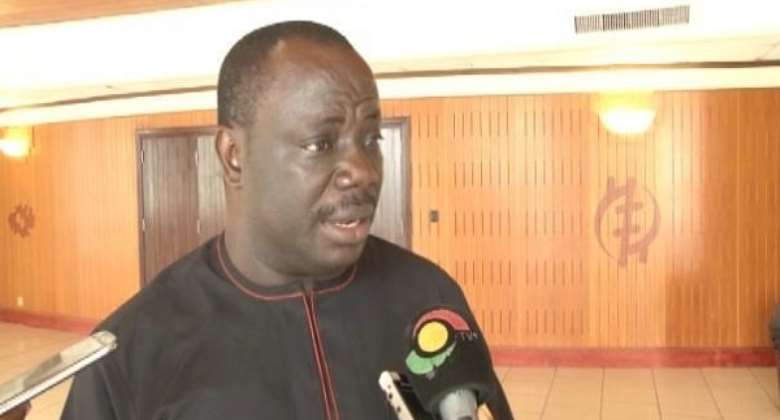 Majority Whip Mathew Nyindam has dismissed calls by some commentators for parliament to haul before it, the Member of Parliament for Awutu Senya East (Kasoa) who doubles as the Minister of Special Development Initiatives, Mavis Hawa Koomson, over the shooting incident that occurred in one of the registration centres in her constituency.

The minister admitted on Monday to firing the gunshots that marred the voter registration exercise at Kasoa.

She said she took a gun to the centre for personal protection in her attempt to stop the parliamentary candidate of the National Democratic Congress (NDC), Phyllis Naa Koryoo, from busing aliens to the area to register.

“None of my men carried guns to the centre”, she told Accra-based Adom FM, adding: “I fired the warning shots myself”.

“I’m a Member of Parliament, I need to protect myself. It was at dawn; my police escort had not started work yet. So, that is the modus operandi I engaged in his absence”, she said.

When asked whether she should be dragged before the Privileges Committee while speaking on this issue in an interview with Accra100.5FM’s parliamentary correspondent, Richard Appiah Sarpong on Tuesday, 21 July 2020, Mr Nyindam, who is the MP for Kpandai, said: “I don’t agree with those calling on Parliament to drag Hawa Koomson before the Privileges Committee of Parliament”.

“Where I will side with them is if they allow the police to investigate the matter. The fact that she is a Member of Parliament does not mean that any action of hers should attract the attention of the Privileges Committee”, the lawmaker said.

“I cannot tell what necessitated the gunshot and, so, if the police have invited her, we should all allow the police to do their work”, he urged.

“I am sure she will tell her side of the story to the police for all of us to know. I think that it should be left to the police and not parliament”, he suggested.