THE PROMISE RING-IS IT A REAL PROMISE? 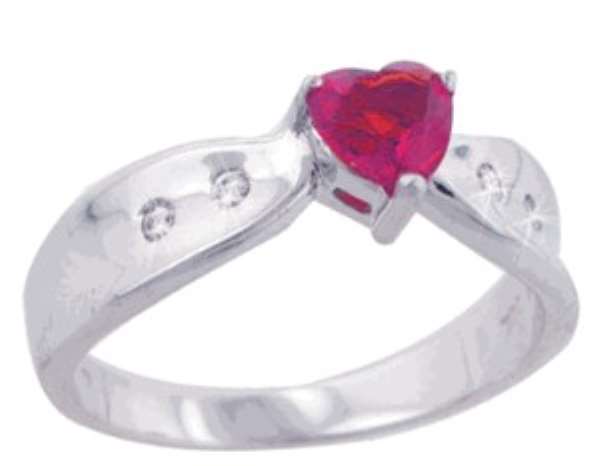 Wearing a promise ring is one exciting thing most ghanaian young ladies can be proud of.Some of them see a relationship without a promise ring as a not too serious one.For some ladies to be sure of the man's love for them, the man has to give her a promise ring.But then,has the promise ring kept its promise?

Generally, a promise ring is a ring usually given to a girlfriend or fiancée, to promise to be committed in a serious relationship. These indicate that serious courting is under way and also a possibility of a future marriage.This ring is usually worn on the middle finger on the left hand, in certain cases, the seriousness of the relationship is judged by the cost of a promise ring and the gem.

In Ghana you are likely to find young people especially ladies wearing promise rings as a sign of their commitment to a man. Generally speaking, however, promise rings are uncommon except for the very young.

Also in some cases, but not all, a promise ring may take the place of an engagment ring in the most serious of relationships among young adults. This is often because one or both of the partners are either too young to legally be wed under the law or simply not ready.

They are students in Senior Secondary Schools and some, tertiary institutions.

-“I have been with my boyfriend for several years. He gave me a ring after a year of dating and I really love it! Therefore if someone is willing to entrust a ring to you then you know you're worth the world to him.”

-“Promise rings for me I think are cute if you are serious about the relationship”.

-“I have been with my boyfriend for about a month if he were to give me a promise ring for future engagement I would be glad, at least it will show his love for me”.

-“Speaking for myself I think a promise ring is great.... but that's if it has meaning. My boyfriend bought me a promise ring 3 years ago and I love it. I think it's just a symbolic way of saying "I promise to love you with all that I can and I promise to be faithful only to you"

-“I will love to have one. I think it would be so nice but if my parents saw that they would kill me but other than that I think it's sweet”.

-"It is very ridiculous, because it's really hard to tell how your life is going to be when you are that young. And believe it or not I have a boyfriend and I would really like to marry him but I am not going to attach myself to an idea that I don't even know about, it really just depends on what God's plan is for the two of us”.

-“Getting promise rings in Secondary school is so stupid. Come on, you're young, naive, and in a relationship, so you think the best thing to do is get a ring promising that you'll be together forever? I know plenty of guys who gave their girlfriends promise rings and were cheating on them behind their backs”.

When you're still with the person, it's kind of like a wedding ring; it's a very personal and sentimental band of love around your finger to remind you of your guy all day. But what happens if you break up? Believe me; it gives you more trouble than you could ever ask for.

“I think they're retarded. You cannot promise to be with somebody forever. If you're going to be in that serious of a relationship, be properly engaged with all the marriage ceremonies done”. -“You can't promise how you are going to feel about someone in the future because you never know. I have a promise ring from an ex-boyfriend that is really pretty, but I'm never going to wear it because I will only think of how silly he is! So it's a waste of a pretty ring”

In fact talking to these young people was for me exciting, and I really learnt a lot from our discussions. I was also surprised how young people between 15 and 18years were so much into love and relationships. Well, those were their opinions and opinions expressed by other young people, how about you?

I later asked my self the question, is it a real promise and has the promise ring kept its promise? What do you think?