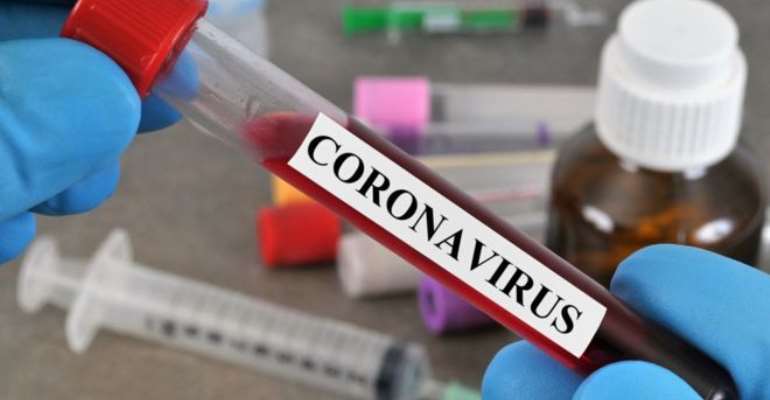 Africa has not been spared from the economic crisis triggered by the COVID-19 pandemic. The International Monetary Fund (IMF) is projecting -3.2% GDP growth in Sub-Saharan Africa, while the World Bank also projects GDP growth rates between -2.1% and -5.1%. This article will focus on Africa’s infrastructure projects and parse out the variegated effects that COVID -19 will have on these developments.

According to the African Development Bank (AfDB), Africa is currently facing an infrastructure deficit of approximately $130 billion a year, with a financing gap (a term used to describe infrastructure needs minus the total financing commitment made by all donors) of between $68-$108 billion. This shortfall extends across energy, transportation, water, and sanitation infrastructures, though the former two are among the most pressing in terms of economic development. To illustrate, road densities in Sub-Saharan Africa (SSA) are approximately a third of that of South Asia’s and only a quarter of all roads are paved. This results in travel times that are 2 to 3 times longer than in comparable corridors in Asia.

Similarly, generational capacity in Africa is approximately half of that in Southeast Asia, and 50% of the population of 24 countries in SSA lack access to grid-based energy. Such issues create barriers for market entry and regional integration (which is a major area of concern with the coming into force of the African Continental Free Trade Area (AfCFTA)) while simultaneously increasing national-level vulnerability to macroeconomic shocks.

COVID-19 is expected to significantly widen fiscal deficits across the continent, making infrastructure financing harder to come by. As a whole, the pandemic will likely set most large-scale development projects back in the short-to-medium term as construction is halted due to labor and material shortages in the wake of lockdowns, cross border checks, and other preventative measures.

Infrastructure projects are notoriously difficult to complete on time and within budget, and the multi-scalar, trans-sectoral uncertainty associated with COVID-19 will only add to existing difficulties in project design and implementation. Projects in the development phase will require recalculation of viability while those under construction will likely need supplementary negotiations between parties in light of possible liquidity challenges or changes in feasibility projections.

Yet the economic effects of the pandemic will be variegated and largely correlate with existing economic structures. Project development will also be affected by regional- or national-level factors, for instance, increases in the costs of building materials. In Kenya, input costs have risen between 5% and 10% since the start of the crisis and the Chinese contractor that operates the country’s Standard Gauge Railway (SGR) recently furloughed 4,013 Kenyans and 471 Chinese nationals. Another Kenyan megaproject, the $3.1 billion Lamu Port, is continuing as planned despite strict epidemic controls at the worksite.

Ethiopia has thus far been spared the worst of the COVID-19 pandemic with 5425 confirmed cases as of 27th June, 2020. National development projects, including the $4.8 billion Grand Ethiopian Renaissance Dam, remain on course. However, the Ethiopian government has had significant difficulties servicing its debts over the last several years and has sought to renegotiate the payment schedules for the Addis Ababa-Djibouti Railway, the Addis Ababa-Sebeta-Mieso-Dewale road project and interest payments on other Chinese debts. These issues have led to a lack of funding for smaller-scale projects, for example, the construction of an electrified railway between Awash and Hara Gebeya was delayed throughout 2019. China accounts for nearly half of Ethiopia’s external debt and has thus far sought to accommodate countries during the pandemic and committed to suspending both principal repayments and interest payments on a number of loans until the end of 2020.

In West Africa, Nigeria’s $1.5 billion railway line linking Lagos to Ibadan is facing delays due to COVID-19. The line, which is being built by the China Civil Engineering Construction Corporation, was supposed to be completed by May 2020. Nigeria’s economy has been badly affected by the pandemic and spending cuts are likely with the government moving to offset the effects of the oil price collapse. A similar situation faces Ghana, where the government’s plan to augment the country’s infrastructure with a $2 billion Sino-Hydro deal will be negatively impacted by COVID-19. One bright spot is that long-term projects like the Abidjan-Lagos road corridor remain in the planning/formulation stages and the AfDB recently released approximately $13 million to complete needed feasibility studies.

The Role of China’s Natural Resource Backed Lending in Africa

China’s strategic interest in Africa is threefold and includes (i) gaining access to energy and natural resources, (ii) expanding of export markets for its goods and services, and (iii) gaining political support for its one-China policy and counterbalancing the dominance of rich industrialized countries. In view of the aforementioned, China’s mostly state-owned oil, mining and construction companies have become major players in the natural resource sector in Africa since 2000.

Resource-backed loans (RBLs) are loans provided to a government or a state-owned company, where: repayment is either made directly in natural resources (in kind) such as oil or minerals, or from a resource-related future income stream; or repayment is guaranteed by a resource-related income stream, or where a natural resource asset serves as collateral. Resource for infrastructure swaps involve the exchange of natural resources for infrastructure. China’s Export–Import Bank provided $38 billion in loans for over 1,000 infrastructure projects in Africa between 2003 and 2011 and this has ballooned over the years.

In 2004, China and Angola initiated a $2 billion Resource for Infrastructure (R4I) project to finance the reconstruction of infrastructure damaged in Angola’s civil war. At the end of 2011, there were 10 major R4I swaps, either concluded or in the process of implementation in eight African countries (e.g., Angola, Congo-Brazzaville, the DRC, Ethiopia, Gabon, Ghana, Sudan and Zimbabwe) with a total value of approximately $22 billion. The COVID-19 pandemic and its accompanying commodity price crash will negatively affect these developments. Crude oil prices have fallen by two-thirds since January 2020 while prices of main food commodities have declined by 9%. Experts have estimated that the global economy is facing an 18-month commodity price dip, though strong demand in large economies or blocs (e.g., China and the EU) may abbreviate the downturn. Commodity dependent countries in Africa particularly oil-exporters (e.g., Nigeria, Angola) are among the most vulnerable to COVID-19.

Given the sporadic and unpredictable nature of the COVID-19 pandemic, a return to normalcy is unlikely until a vaccine is developed and disseminated. Additionally, Africa’s position within the global economy as a primary commodity supplier means that it is largely responsive to outside developments and the pace of global recovery will likely dictate the amount of capital available for continental infrastructure projects. As such, the short-to-medium term outlook for Africa’s infrastructure projects remains uncertain. Long-term, the pandemic could spur redoubled interest in interregional connectivity, leading to the completion of projects like Lamu Port-South Sudan-Ethiopia-Transport (LAPSSET); however, others may see isolationism and insulation as the best way to safeguard against future pandemics and privilege nationally focused projects.

Emmanuel Amoah-Darkwah is an economist with specialization in economic policy analysis and an ambassador for the United Nations' Sustainable Development Goals (SDGs). Emmanuel is a sought after economic analyst locally and internationally. Notable media houses to have granted interviews with him include BBC, Bloomberg, CGTN, China Africa Project among others.

Ricardo Reboredo is a geographer with a specialization in development, urbanization, and Sino-African relations. His latest work focuses on large-scale development projects and their effects on host country state-society relations. He has written for The Conversation and Business Day among others.