Non-Citizens Or Ineligible Voters Do Not Promote ‘Inclusive Democracy’ 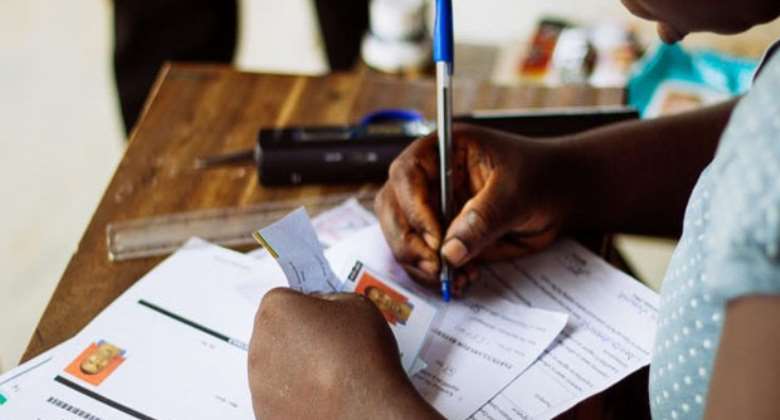 From day one of her appointment as the nation's top election officer, Jean Mensa and her Electoral Commission (EC) has been needlessly attacked, vilified, insulted and delegitimised, mostly by J.D. Mahama-led National Democratic Congress (NDC). Apparently, the source of Mahama-controlled main opposition party's mistrust, anger, or unstoppable insults against Madam Mensa is because the Electoral Commission has uncovered a bloated voters' register of non-citizens or ineligible voters compiled under Mr. Mahama-appointed former Electoral Commissioner—Ms. Charlotte Osei.

To that extent, ex-President Mahama and his NDC flatterers have pursued every means possible, and that includes psychological warfare, political, social, and lawsuits. The sole aim here is not only to question or undermine the legitimacy of the EC, but also to try to make the head of the Electoral Commission in particular loses credibility in the full glare of the Ghanaian public.

Thus, having thrown 'everything but the kitchen sink', Mr. Mahama and his desperate NDC cheerleaders unsurprisingly bundled themselves into the Supreme Court. Among others, they argue that the EC might have exceeded its constitutional powers regarding the commission's attempt to compile new voters' register so as to purge the old election register of ineligible voters.

Well, they say sometimes we must be careful about what we wish for. More so, we often create our own circumstances without realising what may be creating. In other words, when Mr. Mahama and his minions created the lawsuit circumstances at the nation's apex court, one wonders if the country's main opposition party also realised that the outcome of their legal action is binary or twofold—in other words, the ruling could be in their favour or the other way around.

Sensing that the highest court of the land's verdict might not have gone their way, Mr. Mahama and his team are now composing and singing entirely new song about the motive of the EC's registration. The tune of their new song comprises 'large voters' disenfranchisement and lack of inclusive democracy' under the present government of Nana Akufo-Addo.

Closely reading between the lines, Mr. Mahama's sour grapes response to the Supreme Court ruling in view of the voters' register seems to imply that the NDC as the main opposition party has become a victim of Ms. Mensa's so-called 'diabolical agenda', but the contrary is the case here. Mr. Mahama is simply using Ms. Mensa to play on the intelligence of Ghanaians.

Culturally, Ghanaian society warmly gravitates toward people who display some form of humility/respect in public even if it is based on pretence. The NDC leader has pretentiously cultivated a persona of 'Mr. Cool & Collected' in the public arena. Indeed, ex-President Mahama is 'good' at pretention and psychological exploitation of the vulnerable Ghanaian public, including the media.

The former president now turned flag bearer keeps talking as if the world will end tomorrow because he can't have his way by using the existing inflated voters' register that his ideal Electoral Commissioner Ms. Charlotte Osei put together. In that regard, Mahama's NDC has turned the present EC as cannon fodder or an obstacle that stands in the way of 'inclusive democracy'.

Now, all reasonable-minded Ghanaians should be asking these sobering questions: why is Mr. Mahama and his followers not insisting on transparent compilation of new voters' register rather than passionately pushing against a new one? Which one is more expensive, fixing the perceived errors in the old voters' register or compiling a new one?

More importantly, what is hidden in the old voters' register that is providing fuel for NDC flag bearer's anger and disdain, leading almost the entire party's leadership to continue throwing shades at the EC and misleading Ghanaians in the process? Why is the EC's constitutionally mandated responsibility—among others—the power to review or conduct periodic voter registration exercise freaking out NDC?

Here is former President Mahama in reaction to the Supreme Court verdict last week or so: “It is worrying that the Court deferred the reasons for its decisions to the 15th of July, by which time the EC would have been two weeks into the registration exercise…throughout its history, the NDC has stood strongly for an inclusive democracy.” (Ghanaweb, 6/25/20).

Majority of Ghanaians, including Mr. Mahama and his die-hard supporters, may recall the 2012 general elections. This same country's Supreme Court system ruled that the fiercely contested presidential election should go in favour of the then incumbent President John Drama (ni) Mahama as opposed to his challenger, Nana Akufo-Addo. The latter wisely said at the time that he 'disagree but accept the court's verdict' in the interest of Ghana.

During that tense period in Ghana's body politic, Mr. John Mahama glorified our court system; advised all to support the country's fledgling democracy as well as the rule of law. But, today the shoe is on the other foot so he finds the ruling 'worrying and not inclusive democracy' enough for his liking. How time can change, educate or mis-educate people is quite amazing.

Perhaps, what ex-President Mahama, Asiedu Nketia, Ofosu-Ampofo and their ilks don't understand is that 'inclusive democracy' (in its true essence) does not mean democratic societies should sit idle by and allow their voting system/ballot boxes to be bloated or compromised by ineligible voters or non-citizens in the flawed argument of 'inclusion'. In short, the submission here is that including unqualified voters or non-citizens in a country's democratic elections does not in any way promote 'inclusive democracy' as Mr. Mahama is falsely trying to make the gullible among us believe.