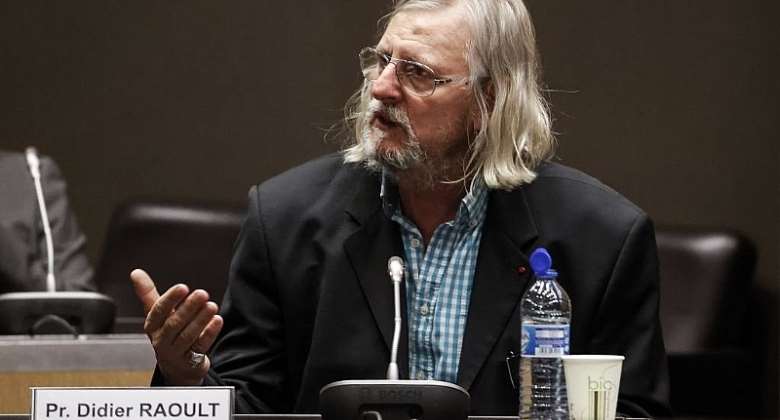 French virologist Didier Raoult denounced the government's 'archaic' virus testing and ban on an anti-malarial drug to treat Covid-19 patients at a parliament hearing on Wednesday. The doctor, who advocates the use of hydroxychloroquine to combat Covid-19, accused his critics of a conflict of interest with pharmaceutical companies.

Didier Raoult was quizzed by lawmakers for over three hours on Wednesday, as they sought to evaluate the government's handling of the health crisis and Raoult's role in it.

The head of a university hospital institute in Marseille, Raoult became France's best-known doctor in late February after announcing a potential i

In March he joined the country's scientific council set up to advise the government on how to respond to the pandemic. Shortly after his appointment Raoult walked out.

"This was not a scientific council," he told lawmakers, criticising the body's lack of experience. "I have one in Marseille, which is the envy of the whole world. It is not made up of guys who work amongst themselves and address each other informally in terms such as 'and you, what do you think ?'" he explained.

Raoult reproaches the council's members for taking political decisions that did not concern them, including modelling the trajectory of the disease. "You have to be insane to think that you can predict the evolution of a virus that we don't know," he commented.

Tests were possible
What was also crazy in Raoult's opinion was the government's policy on testing.

"I do not agree with the decision not to do tests," he explained.

At the time, Health Minister Olivier Veran called for a "rational and reasonable use of tests," amid fears of a shortage of Covid-19 test kits.

"There was a mechanism set up: since we can't do tests, tests are not important. But this was not true. We could carry out tests," he insisted, slamming what he described as the governments "archaic" organisation.

Ban a mistake
The ferocity of his attacks however were reserved for the state's ban on anti-malarial drug hydroxychloroquine, a related compound of chloroquine.

"In 2019, 36 million hydroxychloroquine tablets were given out without a prescription!" Raoult said. "Then all of a sudden, we are no longer allowed to use it? The person who helped make this decision made a mistake."

The French government banned the drug in May after the publication of a Lancet observational study of 15,000 patients treated with hydroxychloroquine, which showed the health risks were considerably greater. Raoult denounced the Lancet study as “bogus”.

He told lawmakers that his hydroxychloroquine cure, combined with antibacterial drug, azithromycin, had been discredited by critics linked to American pharmaceutical company Gilead, in a bid to promote its own drug known as remdesivir.

Conflict of interest
The infectious disease expert said it was no coincidence that Gilead's shares had increased on the stock market on the back of the success of its clinical trial of the anti-viral treatment.

"When I first talked about chloroquine, I was threatened several times by the man who received the most money from Gilead in six years," Raoult told lawmakers.

"I recommend that you do an investigation on Gilead and remdesivir. If you look at its structure, it has very few products, and staff but a lot of influence."

Pressed for precise details by lawmakers, Raoult referred them to the website Transparence Santé, which tracks potential conflicts of interest between companies and health workers.

"Everything I'm telling you is on line, it's as simple as cabbage, you can verify everything," he said.