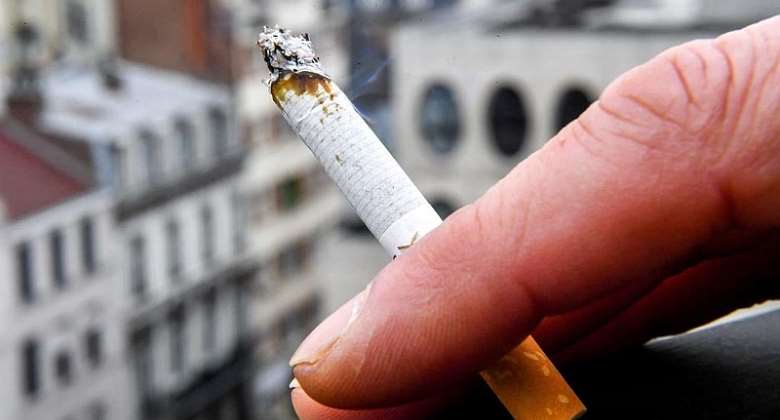 More than a quarter of French smokers said their tobacco consumption increased during the coronavirus lockdown, according to a study published Wednesday, with rates of increase highest among those whose routines were most disrupted. Overall, alcohol consumption decreased for a majority of drinkers.

Some 27 percent of French smokers said they increased their consumption by an average of five cigarettes per day, according to a study by public health agency Santé Publique France.

They were a minority among smokers: 55 percent of tobacco consumers said their habits remained stable and 19 percent had reduced their amount of smoking.

Those who smoked more were more likely to be in the 25-34 age bracket and to be among those obliged to work at home due to the confinement imposed to slow the spread of Covid-19.

The study of the effects of confinement on habits found that overall, alcohol consumers reported drinking less than before lockdown.

Only 11 percent of respondents said they drank more, compared with 65 percent who said their drinking was stable and 24 percent who reduced their alcohol consumption.

“Boredom, lack of activity, stress and pleasure are the main reasons given by the smokers and alcohol consumers who increased their consumption,” according to Viet Nguyen Thanh, who studies addiction and prevention with the agency.

“We also noticed a correlation between an increase of tobacco and alcohol consumption and the risk of anxiety and depression.”

The study was based on online responses of 2,003 adults aged 18 and over between 30 March and 1 April, about two weeks into the nationwide confinement imposed on 17 March.

The agency indicated the initial period probably saw the largest rates of increase in tobacco and alcohol consumption, citing changing levels of calls to hotlines for addiction support.

Tabac Info Service, the hotline for smokers, saw 19 percent less activity in March and 15 percent less in April of this year compared with in 2019.

Alcool Info Service, the support line for prevention of alcoholism, witnessed 12 percent fewer calls between February to March before returning to normal levels in April.

“The shock of the crisis, at the beginning of confinement, may have caused a decrease in the use of these services,” the authors of the study wrote.

As France began to lift confinement measures on Monday, police intervened to ensure physical distancing at Spanish tobacco shops in the town of Perthus on France's southern border with Spain.

French smokers flooded into the Spanish shops, which sell tobacco products at as low as half the price as French tobacconists. French police intervened at the request of Spanish authorities.

“There were two-hour lineups in front of three shops,” reported a journalist with AFP agency. “There were not many masks and distancing was not respected.”

The town also reported morning traffic jams reminiscent of the height of the summer tourist season before the situation calmed after midday.