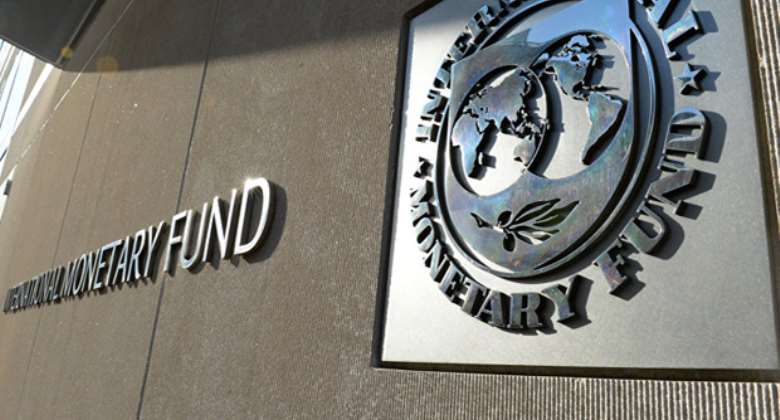 When the Greek debt crisis emerged back in 2001 it became obvious that the truth about the country's impending fiscal disaster had not become public knowledge up to that point. The Greek government conspired with the country's national statistics agency (Hellenic Statistical Authority) to furnish the public with false data, with the obvious intention of hiding the truth about the huge fiscal hole. When Mauricio Macri took over as the President of Argentina, one of his first moves was to recruit new personnel to handle the country's statistics. Dilma Rousseff of Brazil, was accused of manipulating public accounts in order to show a healthier fiscal situation and it was among the core impeachment charges. It was reported that some African countries, beyond inflating GDP growth statistics, cut the actual total number of their large population in order to show a higher per capita GDP, this way trying to show signs of economic progress that is not really there.

It is clear that the Akufo-Addo government routinely publishes false or massaged data in order to convey the message that Ghana's tottering economy is doing well under their stewardship. It seems the government believes that by the gimmicks accountability and data manipulation it will be able to turn the tables in its favor. Sadly, in the world of economics, such unethical practices and gimmicks never work. The Akufo-Addo government has not only sunk the economy but has also doomed the credibility of the statistical service and other institutions of state by using them to push their unethical practices.

Some senior economists and experts have consistently come hard on what they called "the manipulation of fiscal data" by government and the statistical service which is destroying the country's economic statistics.

What government should know is that the national and global reputation of Ghana's statistical bodies is at stake. Statistical integrity is crucial for data that would enable government, businesses, and other private organizations take accurate decisions when formulating policies.

The warning came when government clandestinely, forced the former Governor and his deputies to resign and replaced them with allies of the government.

I don't want to describe the country director's explanation as conniving with government to hide the true health of the economy. Sometimes the IMF meddles, and meddles too much. It is an open question whether it is operationally sound and correct for the IMF representative to take positions on sensitive national issues. IMF fosters economic growth by promoting institutional reforms, credible monetary policies and by acting as a harsh lender of last resort to countries that need to stabilize their ship. That is why countries that deal with the fund are expected to follow, adapt or adhere strictly to conditions and standards of the institution.

According to the IMF's country director, the Gross International reserves data the government of Ghana submitted to the fund did not include financial and energy sector payments which does not conform to the institution's method of calculation. According to the country director, the IMF's method of calculation is the right method and went on to say that the Bank of Ghana has different understanding. When the host asked him if it means his institution accepts or not concerned about the method used by the Bank of Ghana, he quickly replied that: "that is not necessarily what I am saying...". The man admitted that what the Bank of Ghana did was not right per their Gross international reserves calculation norms but sounded very diplomatic and economical.

Why the Bank of Ghana relied on its own manufactured methods to do the calculation, the Minister of finance failed to furnish Parliament with these development are the critical issues we must concern ourselves with. Why the IMF accepted the BoG's method when it knew that the method used was inconsistent with its standard practice, is another issue.

The President and his economic management told Ghanaians that the economy was healthy and described our debt situation as sustainable. That was the picture they painted to Ghanaians. The IMF, in a statement cautioned the government against excessive borrowing because of our current status as a country at high risk of debt distress. The DSA report by the IMF and the world bank group revealed that Ghana was among 10 countries in Africa that were at high risk of debt distress. This was when the President and his economic management team have described the economy as the most robust and resilient economy in the subregion and rated among the fastest growing in the world. Before then, on December 6, 2019, the executive board of the IMF concluded the Article IV consultation [1] with Ghana and came out with some beautiful figures. The Covid-19 pandemic and the IMF's own reports and actions have rubbished all those figures and have exposed the nakedness of the Ghanaian economy.

According to the International Monetary Fund (IMF), international reserves are those external assets that are readily available to and controlled by a country's monetary authorities. They comprise foreign currencies, other assets denominated in foreign currencies, gold reserves, special drawing rights and IMF reserve positions. These reserves may be used for direct financing of international payments imbalances or for indirect regulation of the magnitude of such imbalances via intervention in foreign exchange market in order to affect the exchange rate of the country's currency.

The Bank of Ghana's Monetary Policy Report quote the country's Gross international reserves increased by US$1.67 billion to US$ 8.093 billion in October 2019 from a stock position of US$7.02 billion at the end of December 2018. This according to the bank, was also equivalent to 3.9 months of import cover.

But the IMF disputed these figures. The fund indicated that Ghana's Gross international reserves for 2019 was rather $5.1 billion, about 2.4 months of imports cover and forecasted to reduce to $5.01 billion in 2020 but increase slightly to $5.06 billion next year. Equivalent to 2.3 months of export cover.

The two reports and the figures captured in them are not the same as government communicators and others want us to believe. Our true import and export cover depend on the accuracy of the calculation. The IMF was not just assessing the strength of our economy. This time, the fund was releasing an amount of $1 billion (emergency relief fund) with no conditions attached so at least, should have insisted on Bank of Ghana adhering its standard practices and principles.