Cost Of Inaction To Prevent And Treat TB Is Very High 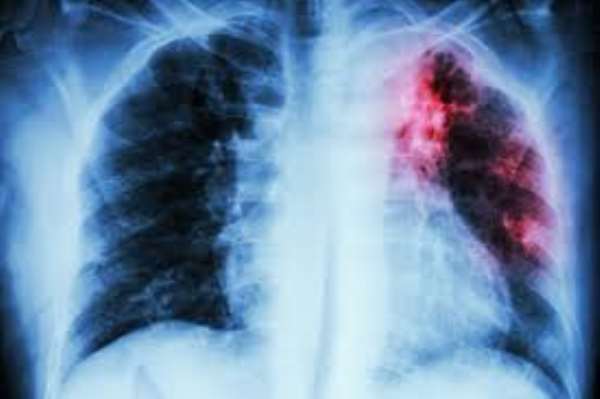 Prevention of TB was the focus of many a sessions at the 50th Union World Conference on Lung Health in Hyderabad, India, on the theme of 'Ending the Emergency: Science, Leadership, Action.' This conference comes one year after the first ever United Nations High-Level Meeting (UNHLM) on TB.

One of the commitments made in the political declaration of the UNHLM on TB is to prevent TB through rapid scale-up of access to testing for latent TB infection (LTBI) and provision of preventive treatment, so that at least 30 million people (out of the global pool of estimated 1.7 billion with latent TB) including 4 million children under five years of age, 20 million other household contacts of people affected by TB, and 6 million people living with HIV, receive preventive treatment by 2022.

What is Latent TB Infection?
Dr Rohit Sarin, member of government of India's Technical Working Group on latent TB, and Director of National Institute of Tuberculosis and Respiratory Diseases (NITRD) said: When a person inhales the TB germ there is a 30% possibility that he/she will get infected. Individuals who are so infected are said to have latent TB infection (LTBI). They have a 10% risk of developing active TB disease in their lifetime. Without infection there is no disease. So every individual who develops active TB disease passes through this phase of latency, which could last from days to weeks to even years. In very few people the period of latency or incubation is very small and the individual goes into active disease almost immediately after the first infection. A very small number of people with LTBI will progress towards active TB disease though.

In India, 40% of the population (over 400 million people) is infected latently. Somewhere down the line 10% of them (40 million) are estimated to develop the active TB disease.

To prevent more active disease happening there have to be some interventions to reduce the latent TB pool. That means we have to cut down transmission - and - to cut down transmission in communities the best way is to diagnose a person with LTBI early on and to put him/ her on TB preventive treatment (TPT) so that he/she does not progress to active disease. At the same time we have to also diagnose early and treat those who already have the active disease so that they are no longer infectious and will no longer transmit.

In one of the sessions at the conference, Dr Suvanand Sahu, Deputy Executive Director at the Stop TB Partnership, made a fervent appeal to move out of the comfort zones of TB and go from treatment of sick people to treatment of people with no symptoms (those with latent TB); from TB clinics to households/communities; from ruling-in TB to also ruling out active TB; to include skin test and blood test to rule out latent TB, alongside diagnosing active TB.

TB prevention is no longer a choice anymore. It is an essential component of the end TB strategy. We have to dismantle the mindset that TB Preventive Therapy (TPT) is not needed. Rather it should be an integral part of a comprehensive strategy to end TB. Preventive treatment starts with active case finding (ruling out active TB); access to LTBI test and treatment regimens, said Dr Sahu.

Vishwanath Pingali, an economist at the prestigious Indian Institute of Management (IIM), Ahmedabad, made a case for preventing TB, rather than just curing it, as TB poses a huge financial risk on countries. He presented the results of his research that evaluated the cost of TB purely from an economist’s perspective. His calculations are based on evaluations of 3 components of costing (i) loss in productivity from days of employment and wage loss prespective; (ii) cost of medicines and medical services; (iii) contagious nature of disease. And the figure he arrived at is mind boggling. As per his calculations, the average financial cost of TB is around USD 7500 (INR 525000) per patient in India, which is 137% of the per capita income of Indian economy. This of course does not include the huge social costs associated with the disease.

"So treating and controlling TB is not a charitable venture. It is a profitable business model. Drug discovery should focus on medicines aimed at neutralising latent TB and not just treating active TB", he said.

No one needs to die of TB. No one needs to deal with active TB disease. If we are to end TB we need to recognize TB prevention, control and care as a human rights imperative, as well as invest fully in end TB agenda as it is a smart investment too.