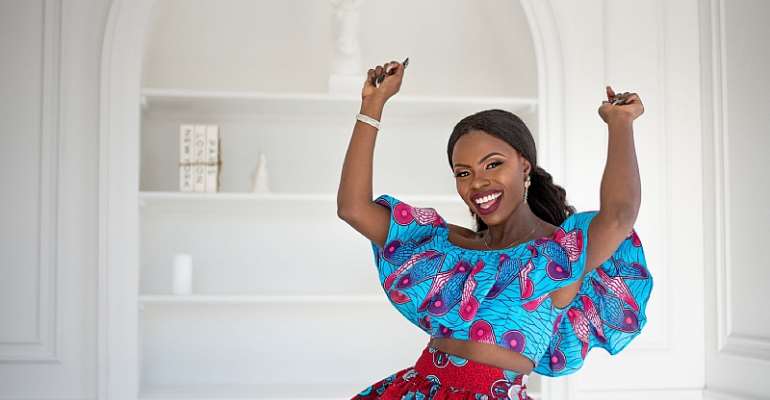 The Startup & Slay Digital Series produced by How She Hustles will be released on October 24th and features Ghanaian-born fashion designer Catherine Addai, CEO of Kaela Kay.

Her line is in high demand internationally with celebrities such as Ava Duvernay, Busy Philipps, Teyonah Parris and Yvette Nicole Harris wearing her creations. With the success of her online platform, she recently opened her first brick and mortar storefront in Toronto to meet local demand for her clothing line.

“Diversity in fashion is super important, which is why I wanted to bring my Ghanaian roots into the fashion industry,” says Addai.” I wanted to show that fashion from other countries could also become mainstream and that it’s not something that is only for a certain group of people or demographic…We want people to see our fashion and our culture.”

A national call out was made earlier this year for the Startup & Slay Digital Series to self-identified women entrepreneurs from diverse and underrepresented communities to share their stories of starting and scaling a small business in Canada.

“We were overwhelmed and excited by the response. There are so many amazing stories of women entrepreneurs who are making an impact and contributing to our economy,” said Emily Mills, founder of Startup & Slay and the Toronto-based networking group, How She Hustles. “Our goal is to make sure these stories are heard. We want to inspire other women to work that side hustle, grow that business and support each other to succeed.”

The series is sponsored by CIBC, Futurpreneur Canada and Ryerson University. Here are the five other businesses chosen because of their inspiration and unique stories: Saf Haq and Lisa Brow, owners of Tart & Soul café in Halifax, Nova Scotia; Arwina Mogul, founder of Beam.gg, an Esports platform for gamers; Dr. Atreyi Mukherji, owner of Elm Medicine in Hamilton, Ontario; Mai Eilia, owner and project manager of Magnum Construction Services in New Westminster, British Columbia and Nina Zetchus, who runs Luna Float, the only floating spa in Chilliwack British Columbia.

Kaela Kay began as an online store in 2013 in Addai’s basement while she was home on maternity leave with her daughter (who’s named Makaela – the short form Kaela - is where the brand name comes from and Kay is short for Catherine). Addai had no formal training in design, fashion or business, and learned from the Toronto seamstresses she hired, who still work for her today.

“I’m grateful for how fast the business has gained exposure and how far I’ve come,” she said. “My mother, my grandmother, they all wore or used Ankara fabrics in their clothing, and I wanted to be able to bring that here in North America to show women that it’s possible to wear these prints that are so historical.”