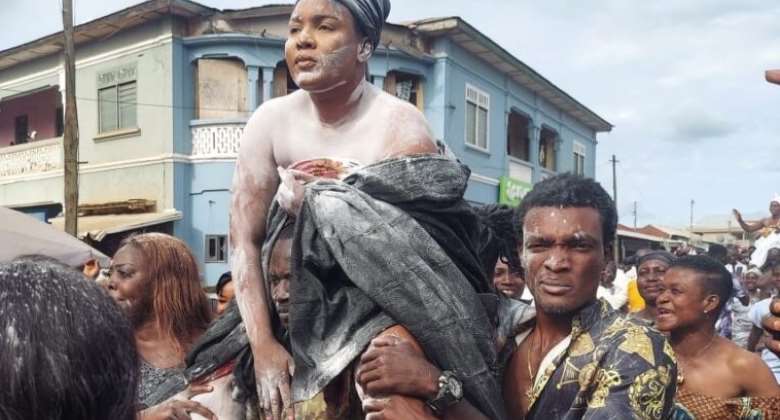 The all-black ceremony which was attended by some other top rulers in the region saw the actress being crowned as the Donpem Ahenenanahemaa of the area.

Amidst dancing and drumming, the newly enstooled queen was paraded around the area.