Movie producers ignored me because of my plus size — Roselyn Ngissah 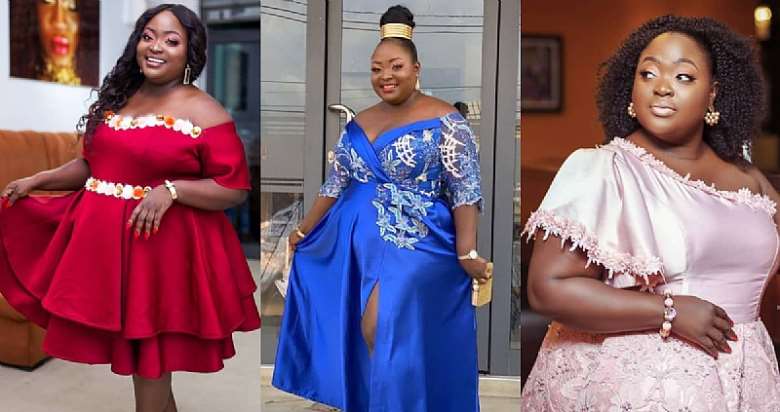 Plus size Ghanaian actress, Roselyn Ngissah has disclosed how moviemakers have sidelined her in movie roles because of her shape.

According to the talented actress, she had to believe in herself regardless of the neglect; an action she said earned several call-ups in some movies.

“Some movie producers refused to give me certain roles to play because they feel I am not sexy and can’t play sexy, and then put a slim person there, but I believe if I had been given that role, I would have performed better than the slim person,” she said.

The actress was speaking at the Access Bank Pan African Conference which was dubbed, “Woman, Be Unstoppable; Break the Bias”.

Held in Accra, the event sought to promote a world free of gender bias, stereotypes, and discrimination, and embrace one that is diverse, equitable, and inclusive.

Roselyn Ngissah mentioned that some local movie producers called her off and told her she didn’t fit for any movie role because of her size.

“I never gave up, and instead, I had to upgrade and better my craft to make me who I am today,” she added.

She said her success in the movie ‘4play’, producers who abandoned her initially now came chasing after her.

The actress charged women to accept their looks and work on their crafts instead of paying attention to what people say or think about them.

Roselyn Ngissah, who is a graduate of the University of Ghana’s School of Performing Arts has featured in several movies like, Reckless’, ‘Broadway’, ‘I Stand Accused’, ‘Princess Tyra’, ‘Power of the Gods’, ‘Last Victory’, ‘My Sister’s Honour’, ‘Sin Of The Soul’, ‘4play’, ‘A Sting In A Tale’, and ‘Adams Apples’.