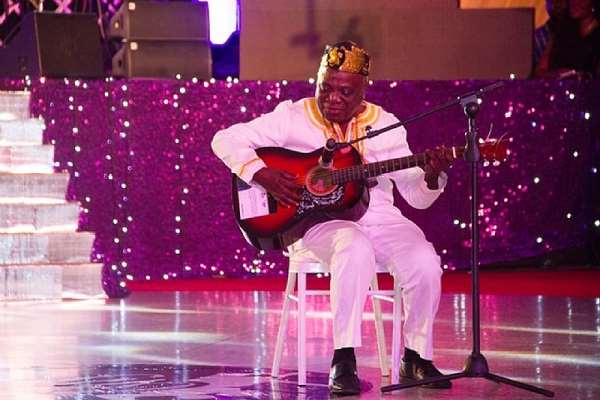 Legendary Highlife singer has passed on.

The prolific singer and composer passed on at 6am today after battling illness for some time.

Breaking the news to Andy Dosty on Hitz FM, his grandson (name withheld) stated that he passed on while receiving treatment.

Nana Ampadu was born at Adiemmra on the Afram Plains in the Eastern Region of Ghana on 31 March 1945.

Ampadu's "African Brothers Band" was formed in 1963. One of the founding members was Eddie Donkor.

He came to prominence in 1967 when he released his song Ebi Te Yie (or "Some Are Well Seated"), a song that was seen as potentially critical of the then-governing National Liberation Council and disappeared from the airwaves, only returning after the end of military rule.

In 1973 he won a nationwide competition in Ghana to be crowned the Odwontofoohene, or "Singer-in-Chief".

His musical career has also involved him in electoral politics, including composing a song for Jerry Rawlings' National Democratic Congress party to use in the 1992 election campaign.

Ampadu also released a song critical of an attempt to disqualify Rawlings from the 1992 election based on him being half-Scottish.

No machinations will break ordained Alan as NPP choice for 2...
45 minutes ago