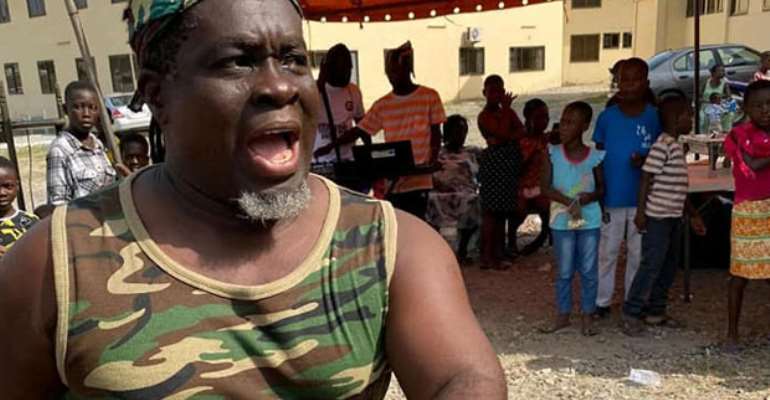 The veteran reggae singer and songwriter has been singing since his school days and is known for hit songs such as I Am Not Ashamed Of The Gospel, Promised Land, Queen Of Queens, Twin City Mafia, So Nyame Mu, among others.

He has written and sung songs that inspires, educates and entertains his fans while still maintaining his originality.

His latest single, Enemies Are Not Jah, with good rhythm and drum beats, is a message of hope and joy to a world in need of positive vibration.

The reggae artiste who has been away from the Ghanaian music scene for a while, said the song was an inspirational song that educates the masses about various activities of enemies within.

“I hope my new reggae song can be an eye opener and a game changer to some soul that is searching for peace and contentment and a new life,” he said.

Shasha Marley has been churning out roots reggae vibes since the late 1970s through to the early eighties, when he was a student at St. John's School, Sekondi. Shasha, then, was the lead vocalist of Matthew Chapter 5, a student's band of St. John's School, plausibly the most popular and versatile school band ever in Ghana.

Shasha on the mike even then was an explosive force of nature, whose unique distinctive voice belied his youthfulness.

He was especially on fire whenever Matthew Chapter 5 did covers of Culture's songs, with Shasha's near perfect Joseph Hill “voice-alike” driving the vibes.

When the Hall of Fame multi Grammy award winner, Isaac Hayes heard Shasha's music, he said, “Wow, this brother is pure talent, he and I are going to do great things together,” and sure enough, they have.

He has led 15 top Ghanaian artistes in an all-star musical collaboration which was produced via the sponsorship of the John Hopkins University in the fight against HIV/AIDS in Africa.

Shasha Marley has really been at the forefront of the war against HIV/AIDS, using music to break the stigma as he goes from village to village with his message.

Growing up, Shasha Marley was inspired by great artists as Bob Marley, Winston Rodney (Burning Spear), Steel Pulse, Jimmy Cliff and many others.