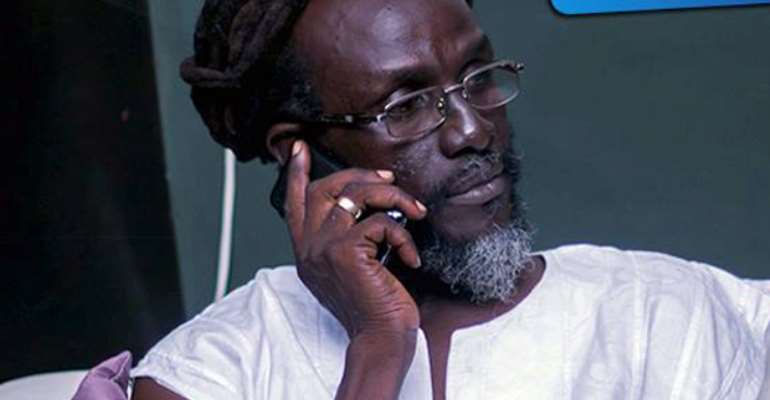 Also in attendance were the Jamaican High Commissioner to the UK, H.E Seth George Ramocan; Patrick Matambanadzo of Zimbabwe and Director and Advisor for Africa, and Kirsten Uhl of Germany representing the foundation in the European Union (EU).

The event, which was an evening of music and fashion, was used to launch Gregory Isaacs Foundation set up to assist charitable organisations in Ghana and some selected African countries.

In addition to that, there was a fashion show by Kenyan designer Evans of 'Showing My Love' fame.

The highlight of the evening was a performance by Glenny and the Rude Cut Band from Holland paying special tribute to the Gregory Isaacs.

Ghana's Black Prophet and Wyre, who thrilled guests to their satisfaction, were backed by the Rude Cut Band.

Another feature of the night was the launch of the 21-Gun Salute, a compilation of songs produced veteran producer Tony Owen which features songs by Black Prophet, Macka B, Mighty Diamonds, Anthony B and others.

The compilation is available on all digital stores worldwide.

Also in attendance was Sir Lloyd Coxsone of the Outer National Sound System whose selection of vintage tunes set the tone for a wonderful night.

The Gregory Isaacs Foundation UK/EU which hosted the event used the occasion to officially launch two more branches in Ghana and Kenya with the two country directors present.

The Gregory Isaacs Foundation in Ghana is expected to be involved in a number of activities ranging from providing music education to the youth and promoting the music and works of Gregory Isaacs with a show in honour of Gregory planned for July 2010 in Ghana.

According to Daddy Bosco, “The foundation will work in Ghana to immortalise the name of Gregory Isaacs through working with youth in music and undertaking other charity works.”