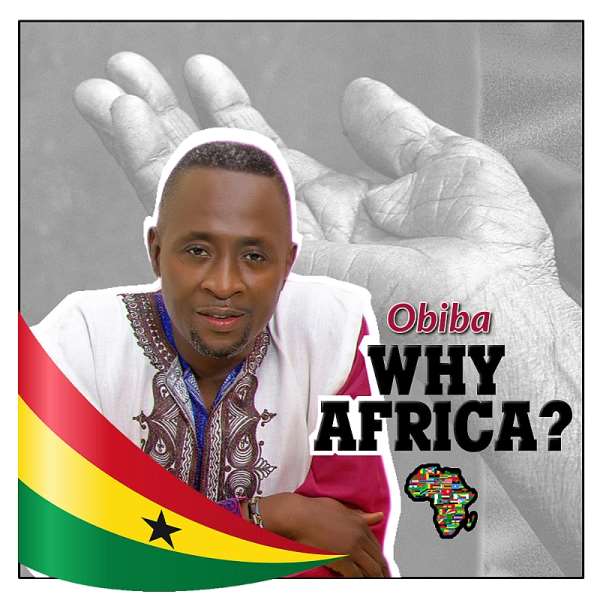 Obiba Sly Collins is one Ghanaian highlife musician who in his songs sticks to the native Akan language which primarily is the language in which that genre of music is mostly sang.

However, the highlife icon sometimes abandons his beaten path to render the song in English and when he does that it means he has something important which he wants all to hear.

This is the case with the new single Why Africa (a liberation song) which will be released on all social media platforms and radio stations on December 1st, according to the publicists for the musician.

What is intriguing about the music is the singer’s railings and expression of anger against the African continent’s (mis)leaders who have succeeded in putting the continent’s forward march into political and financial prosperity into reverse.

‘We are blessed with gold, but we are still hungry, we’ve got diamonds everywhere, but no shelter for the workers, we’re endowed with natural resources, but my people are wailing, we are blessed with crude oil, but no good roads for my people. ‘Why can’t we be nationalistic and live as one, political colors are diverting our focus, discrimination is destroying my people, covetousness is killing the future of Africa …’ he sang in an emotionally laden voice meant to bring the message in the music to the hearing of all.

Ever the dyed-in-the-wool highlife musician who boldly and proudly flaunts his preference for it, the music with the angry lyrics is sure to raise a few eyebrows most especially as Ghanaian musicians are not known to be so open about their political emotions especially when composing their songs.

To the musician therefore, there is the need for all citizens concerned about the future of the youth to speak up and let their true feelings adding ‘I believe in the axiom “Stand up and be counted” and that is exactly what I am doing, telling the youth that the end is not near, that we should not give up as there are still countless number of concerned voices also preaching for a change of heart from the political class.’

Obiba Sly Collins further expressed his frustrations especially at the tendency of Africans discriminating against people of the same skin pigmentation with them.

‘Black people, tribalism is a great blockage, segregation is disuniting us. Why would blacks fight themselves? Stop the xenophobic attacks’ explaining that while the rich are getting richer, the poor are instead getting poorer’ which to him is something regrettable seeing that at the end the mansions and billions of dollars, euros and pounds stashed away will not hange the size of your grave which will still remain at six feet most especially seeing that the private jet can at best only bring your corpse to the airport, not the cemetery!

Concluding, this song rendered in a flawless melodious highlife style advises that a ‘good name is better than riches, my people,’ as the singer ends with a chorus exhorting black people not to give in to the temptations of the day.

According to the musician, who also played the guitars including the lead vocals, this is one song he has decided to record as both a warning to the politicians and the ruled not to give up looking on the positive side of things because no matter how long the road, it will terminate in a town sooner or later as he wants this song to liberate the minds of ‘my people from their wicked and unpatriotic actions and instead adopt a spirit of loving one another as it is the surest way to liberating the African continent.

Listen to the song below;