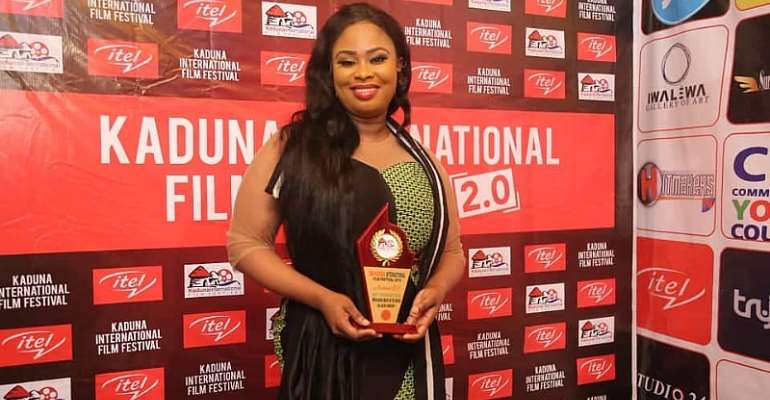 Fast rising Actress and Film Producer Ewurabena Braye popularly known as Rabby Bray over the weekend made Ghana proud when she bagged Best Actress at the Kaduna International Film Festival in Kaduna, Nigeria for her role in the movie BLACK SHEEP.

The young talented Actress who is also a Real Estate Consultant and a brand ambassador for Faytex Sanitary pad beat other Actresses from the continent to win the ultimate Best Actress at the 2nd edition of the Kaduna Film Festival with her outstanding performance in her self-produced movie Black Sheep which featured the likes of Adjetey Anang, Kenya’s Bridget Achieng and more.

The Black Sheep Movie since its premiere in November 2018 has been nominated and won a couple of awards at various levels. It's also received selections into major festivals and sessions including the Black Star Film Festival, Kaduna Film Festival, Lift-off global Network Sessions, SOTAMBE Documentary Film and Arts Festival and more.

The Kaduna International Film Festival is a one week annual event held in Kaduna to recognize, celebrate as well as assess the progress of the African Film Industry. It is also used to award industry players for their outstanding performances and contributions over the year.

Check out full list of winners at the 2019 Kaduna Film Festival;