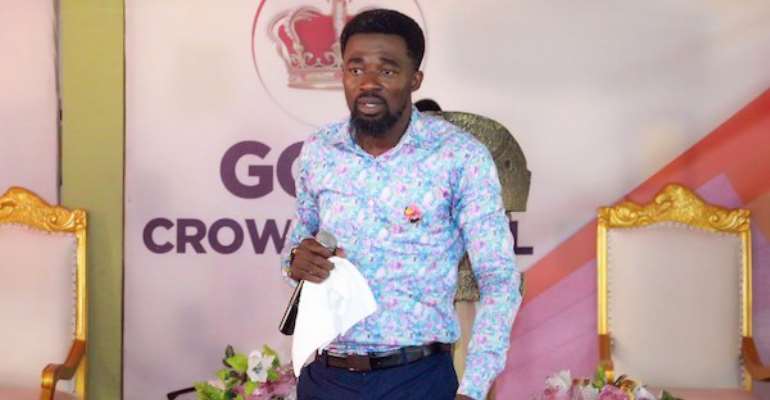 The leader and founder of God’s Crown Chapel Prophet Reindolph Oduro known to many as Eagle Prophet has made another prophecy and this time it is about school children who are planning to go excursion at Afadjato.

In a interview Ghanacelebs.com monitored on Radio 1 the prophet said there is a school in Eastern Region planning to go to Afadjato for an excursion, but it will turn into a disaster.

Speaking with Bishop Agbey Jnr Eagle Prophet said, "there is a school here in Eastern Region planning to go to Afadjato for an excursion, that trip should be cancelled because their bus will catch fire on their way".

It can be recalled last year that Prophet Reindolph Oduro Gyebi, predicted the mishap when he said God had revealed to him an intended excursion by a group of students to Kintampo.

Not long afterwards, the prophecy made by the prophet came to pass.

Twenty revellers, mostly students, were killed and several others injured after a big tree on top of the Kintampo Waterfall fell on them following a heavy rainstorm that hit that part of the country on a Sunday afternoon.

The victims – mostly students of Wenchi Senior High School, Wenchi Methodist High School and University of Energy and Natural Resources – according to reports, had gone to the tourist site located on the Pumpum River, on an excursion to swim and make-merry when the tragedy struck.