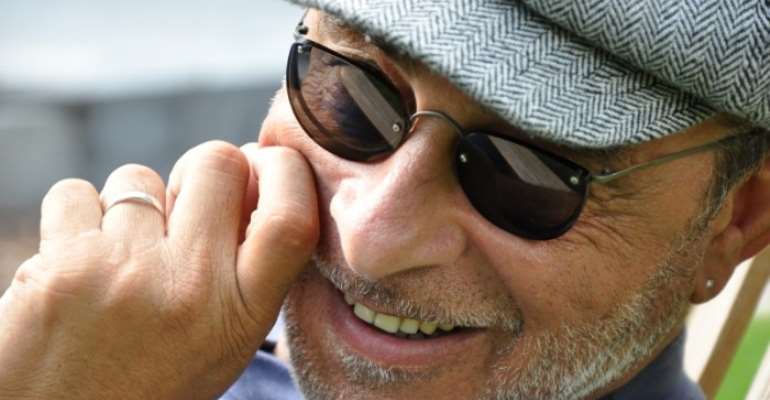 Events have been set in motion for the final selection process of the 2019 edition of the Golden Movie Awards Africa, one of the finest award schemes on the continent.

The grand jury for the awards, the body who would screen and select the movies who make the final cut, has finally been empanelled. The grand jury is currently sitting in Ghana, screening several submitted movies from various African countries.

This year's grand jury consists of highly experienced names in cinema, theatre, arts, television and media from all across the continent.

Check out the profiles of the jury members for the 2019 Golden Movie Awards Africa below...

AHMED BOULANE -- PRESIDENT of the Jury
Ahmed Boulane was born in Salé, Morocco, in 1956. From 1974 to 1979, he was an actor with the Moroccan National Theater Company and the national troupe of Radio Télévision Marocain in Rabat. From 1979 onwards, he had a wide and varied film experience, both in cinema and television, as an actor, casting director, 1st assistant director and production manager in more than fifty international productions for cinema and TV.

In 1999, be began writing and directing his own projects. He is currently a multiple award winning film director who has participated in many international film festivals both in Morocco and abroad

Robert EKUKOLE (fondly called Mr.Bob) is a well-known Cameroonian media professional with almost three decades of television production and broadcasting. He is equally hailed for his monumental contribution to the cinema and film industry in his native Cameroon.

His revolutionary skills and a knack for innovation in the electronic medium have brought about great strides in his enviable career. A cheerfuland team player, he has demonstrated great dedication in his job and craft at the Cameroon Radio Television (CRTV) where he currently serves as the Technical Adviser N°1 to the Director General after managing a near-20 year span as Director of TV Productions, Director of TV Programmes and one of the most senior producers in his corporation.

Some of the outstanding works of Mr.Bob include 'Visitor from the Past', (the first-ever Cameroonian telefilm produced in English in 1989), directing all National and International sporting events in Cameroon (1989-2010), training of technical staff, artistic innovations on TV, production of TV documentaries, magazines, live concerts and a host of others. Robert EKUKOLE was the TV Director of Pope Benedict XVI's visit to Cameroon in March 2009, a singular feat in the history of the Vatican.

Apart from Film and Television, Robert EKUKOLE has found time to consult for UNESCO, Rwanda, Nelson McCann (Douala) and the German Technical Cooperation in Cameroon among others. He won the Jeunes Television Award for RFO-AITV Best documentary in 2000, Cameroon Press Awards for best TV Producer in 2000 and 2001.

Robert Ekukole is married to the former TV News anchor Jessie ATOGHO and is a father of three.

Teco Benson -- Spokesperson
Teco Benson is an experienced and award winning Nigerian filmaker whose sole objective is to use film as a conscious medium of communication with a view to effecting behavorial change, especially restoring/ upholding values, upholding issues of morality, upholding the sanctity of life and above all restoring the belief of Nigeria as one indivisible entity

Benson has twenty four years of active film making in Nigeria with a history of consistency, quality and attention to details. He started his career in the earliest days of Nollywood and has been able to evolve, making great impact in the process and building a brand; “Teco Benson” has become a household name not just in Nigeria but all over the world.

Benson pioneered the action genre in Nigeria with movies that helped in shaping public opinions and fore warned Nigeria of what is happening today and how to handle them, e.g. State of Emergency, Executive Crime, Terror, War Front etc.

Throughout the years Benson has produced and directed several big budget productions and has been able to manage and coordinate lots of human and material resources even under extreme pressure.

He has also been able to pass on his talent by training and mentoring several young film practitioners that are actively involved today in the film production process earning a decent living.

His stellar career has earned Benson numerous awards and recognitions including Nigeria's highest honour, Member of the order of the Federal Republic (MFR) in 2012. Other awards include a Special recognition by the California Legislature Assembly for promotion of Arts and Culture in 2014, Best Nollywood Director, Universal Achievement Awards in 2014, Best Nigerian Film (AMAA) in 2014 and Best Narrative Feature, Sillicon Valley African International Film Festival, Carlifornia 2014.

Selima Awudu -- Secretary
Selima Awudu is a product of Holy Child School, Cape Coast and has a BFA in Film and Digital editing from the National Film and Television Institute (NAFTI).

Over the past 13 years, she has perfected her art and has worked on all levels of the film and production process. This has made her an asset on a lot of projects as she is able to understand the synergy that makes a production or project a success. She thrives on creating something special out of any idea.

Her credits include co-creative director and Casting Director on advertising campaigns for Gino, Pomo, Tasty Tom and Frytol amongst others.

Ken Addy
Ken Addy is a veteran media practitioner with over four decades of experience. Fondly referred to as 'Uncle Ken' in the industry, he studied mass communication and television and film production in the U.K

'Uncle Ken' produced tv commercials for Club Minerals and Chef Francoise Foods for his company Kalimba Productions and also produced a feature film for the Muslim Community titled 'Swaaba Alkawali'. He owned four video centres in Accra and was elected Chairman of the Video Operators Association of Ghana for three terms.

By virtue of his chairmanship he was elected to serve as a board member of the Cinematorgraph Exhibition Board of Control from 1990 till date, becoming spokesperson for the Board.

Ken's love and passion for music saw him switching to radio with the advent of private radio stations in the 90s. He worked for Groove Fm as host of the station's 'Morning Show', 'Get Goin on Groove', 'A Little touch of Jazz' and 'Rare Grooves'. He joined Joy Fm in the year 2000, hosting 'Jazz on Joy', 'Flashback' and 'Ken's Music Mix', which he hosts till date.

'Uncle Ken' was invited to become a jury member for the Golden Movie Awards Africa in 2017 and was elected spokesman for the jury in 2018.

Mariam Ndagire
Mariam Ndagire is a Ugandan Film Producer, Actress, Playwright, and Director. In 2012 as part of the celebrations to mark 50 years of independence, Ndagire was awarded the Most Prolific multimedia playwright of that generation. In 2016 Ndagire was decorated by the President of Uganda with a gold medal in recognition of her contribution to Uganda through Entertainment.

With a background in theatre Ndagire has transformed into one of Uganda’s acclaimed Film stakeholders. She has over 50 stage plays to her name and 8 feature films which include the MNET Commissioned Film BELATED TROUBLE. Among her Movies are DOWN THIS ROAD I WALK, STRENGTH OF A STRANGER, HEARTS IN PIECES, WHERE WE BELONG, DEAR MUM, YOU CAN’T BREAK MY WILL & the 8 time nominee at the 2017 Pearl International Festival, NSAALI.

Ndagire has worked with all top broadcasting houses in Uganda serving them with sizzling TV Dramas amongst which are J-ROSE, ANYTHING BUT LOVE, TENDO SISTERS & BA-AUNT, the last two now showing on PEARL MAGIC, the Ugandan Channel for MNET. In 2015 Ndagire served as part of the jury for the AFRICA MAGIC VIEWERS’ CHOICE AWARDS (AMVCAs).

Veronica Martha Agowa Quarshie
Veronica Quarshie is a veteran producer, director and screenwriter who has scores of film credits to her name. Veronica graduated from the National Film and Television Institute (NAFTI) in 1992 and has since gone on to build an enviable career, working on various projects and winning numerous awards.

Veronica's career has taken her to most of the biggest names in the country including the Ghana Broadcasting Corporation, TV Africa, Film Africa Ltd and Princess Films in Accra. Her credits include cult classics such as 'A Stab in the Dark' (1999), Shadows from the Past (2000), 'A Call at Midnight' (2001) and 'Come Back Lucy' (1996).

She's won numerous awards for directing and writing for movies such as 'Ripples' and 'A Stab in the Back' and has received citations for helping sustain the film industry in Ghana as well as for helping in the training of young filmakers.

Veronica has over the years also served as a jury member for numerous award schemes including currently, the Golden Movie Awards.

Nadia Buari
The journey to where she is now as an actress, entrepreneur and philanthropist began as a childhood passion which overtime became a purpose she lives to fulfill in the life of others.

Nadia, an affectionate mother of four beautiful kids is arguably one of Africa's greatest female actresses, having helped to igniting the continent's interest in movies with Beyoncé, a movie she played the lead role in with unquestionable qualities by which she earned the moniker Beyoncé.

Her numerous awards and countless nominations only attest to the quality Nadia brings to the table in the industry. It is by this quality that made her a market attraction for many corporate endorsements with highly revered companies all over the world.

Nadia's love for charity is evident in her many donations and support she ceaselessly gives the needy, especially children. And upon becoming a mother, this love to care for the less privileged has become even more meaningful as she now sees firsthand how challenging it is for mothers to raise their lovely kids.

As a woman with a firm belief in God, family and business, Nadia maintains her perfect balance in her day to day activities, living effectively without frustrating her priorities with business and fame. She therefore thrives in her faith, her family, and her finances without any excesses undermining her successes.

Grace Omaboe (Maame Dokono)
Grace Omaboe is a legendary Ghanaian actress, an educationist and philanthropist. She has over 30 years’ experience in acting and film-making. She is also a past president of the Golden Movie Awards Africa Jury.