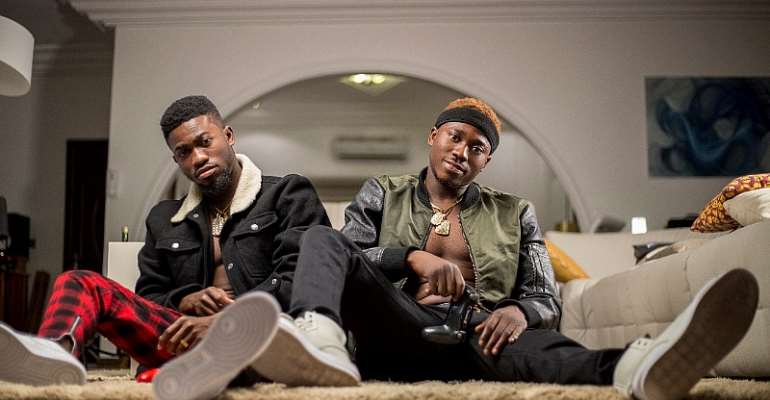 ZeeTown Melody aka Zee-TM is a sensational musical group composed of Fuseini Emmanuel stage-named Adekid and Fuseini Julius Smith whose stage name is Jay Smith. Zee-TM duo are siblings. They disclosed to this writer that they are here to claim their spot on the Ghana music scene.

Adekid, the older of the brothers was born November 16th while Jay Smith [the younger] celebrates his birthday October 28th. The musically talented brothers hail from Zebilla, a township located in the Upper East Region of Ghana.

Their musical prowess began to blossom when they relocated to settle in the harbor city of Tema on the outskirts of Ghana’s capital city — Accra. In Tema, these brothers started to seriously nurture their love for music, which led to them settling on pursuing genres like Afrobeatz, Hip-pop, Highlife, Reggae and dancehall as genres of their musical career.

These young and versatile musicians have released a few singles, the first one titled “Roll it” that featured Kelvin Boy was released October 16, 2018, and produced by Possigee. “Roll it” is presently resonating well with young Ghanaians within their fan base in Tema and nationwide, enjoying a very respectable rotation on the airwaves.

Zee-TM is inspired by the day-to-day on-goings in their society and on the African continent. As Adekid interestingly puts it: “our lyrics paint beautiful pictures of experiences we’ve had both individually and together. Some of our songs shine a light on other people’s stories but for the most part, our work seeks to inspire and advise our listeners in a way that makes them bop their heads to the beat while reasoning.“

According to Jay Smith, together with his brother they “have worked with some of the top artists in Ghana, including a few of the newcomers. It is such a blessing to be able to find favor with some of these well-known acts and we feel blessed to be able to deliver to our fans and audience. From here on we just want to leave a positive mark through our music, a mark that will remain in the sands of time,” he remarked.

ZeeTown Melody is under the management of ZeeTown Entertainment, a production, and entertainment house based in Tema. The brothers who are being managed by Syphics Studios are working on their latest project. They can be found respectively on all social media portals under the names JaySmithgh and Adekidgh.