Meet DredW, The Music Producer Everyone Is Talking About 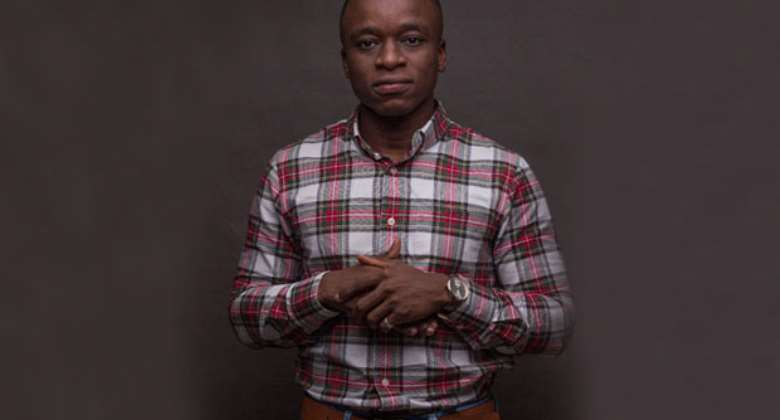 Accra based upcoming producer Winfred Ametepe, popularly known as DredW in entertainment circles is making waves with his music lately.

DredW started making beats as a hobby in 2008 but professionally in 2012 and has worked with artistes and producers such as EL, Mr. Eazi, Gasmilla, FlowKingStone, Edem, Magnom, Juls, WondaBoy, Tee Phlow, Kojo-Cue, Peeweezil, J-Town, Raquel and many more in Ghana and beyond, in between that time he also worked as a sound engineer.

In a recent interview, DredW gave his followers and fans an insight on what drives his music.

Interview
Why music as a career?
“To me music isn't a job or career; it's a way of life. I spend most of my time making music… I barely hangout.”

What is your mood right now??
I'm in a very good mood…. making more music… so you should expect more. Produced a couple of songs as well, one for FlowKing Stone which features a big Nigerian artiste… lol… but that's a secret and you should hear it soon.

You have been doing well lately as a producer…. Tell us about that?

You say I'm doing well… Well, I've been working hard. I barely hangout and I'm always in the studio either making music or trying to make music. I have bad social skills… hahahaha.

Are You Signed?
Nope… I was signed to Lynx Entertainment back then but not now…. I have plans of starting my own label soon… God willing.

What or Who influenced your style of music?
Who?? Ermmm Sarz, E.L, Peeweezil and Magnom.
Tell Me About Your Latest Project??
Abu Dhabi is my latest song release which features Magnom, Ayat, CJ Biggerman & SlimDrumz; was produced by Moor Sound and Myself…. shouts to Moor Sound tho', amazing producer… watch out for him.

Why Abu Dhabi??
It was just a vibe… nothing personal… just good vibes. We made the beat first and then I got the artistes to send verses and now we have a banger.

You have produced for a couple of top artistes. Which will you say is your favourite to work with?

Wow… I don't think I can pick one out of the lot. Probably all of them can be said to be my favourites.

“ChocoMilo” by myself featuring WondaBoy! It’s a masterpiece. I love that song so much.

Name 2 musicians people should look out for (African)

All the new artists and producers coming from Ghana… Too many to mention but just watch out!!! You go shock hahahahahaha!!!

What's your style of production or music as a whole?

I don't really have a style of production, restricting myself to one is the last thing I want to do. I want to be able to produce any kind of song but most importantly genres of African descent.

Tell me more about Abu Dhabi ??
Abu Dhabi is a trap or rap song; a very good song and I was blessed to have all the artistes on it. I mean Magnom has been like a big brother; helping me a lot with my music production. The song was supposed to have the La Meme Gang artiste, Spacely, on it and Copta too but things didn't go as planned…. but we still made a classic. Thank God.

Is there anyone you’d like to work with that you haven’t already?

Locally I’m looking at sitting in the studio with Wizkid. Foreign, Meek Mill!

What's Your Main Goal (Musically)?
To be one of the best to ever do it, from Africa but Ghana to be exact.

What do you intend to achieve with what you’re doing, in the short term and the long term?

In the short term, I’m trying to change the soundscape in Ghana. The commercial way is afrobeats or highlife, but I believe more genres can exist and I want to bring that to light.

Long term, I’m trying to make soundtracks for movies; another dimension I want to go deeper into. I have done a few already but this time I want to do more…. I'm talking movie scores for hollywood and all. Haha…

Hottest Photo Reports
Catch up with all the political quotes from our politicians.
Advertise here
More from Celebrity
ModernGhana Links
I started creating content in my bedroom with my phone - Kwadwo Sheldon recounts journey to fame
I don't understand why that Kelly Girl is trending — Ameyaw Debrah
Stonebwoy trends after assisting KNUST graduating student settle his school fees
TOP STORIES