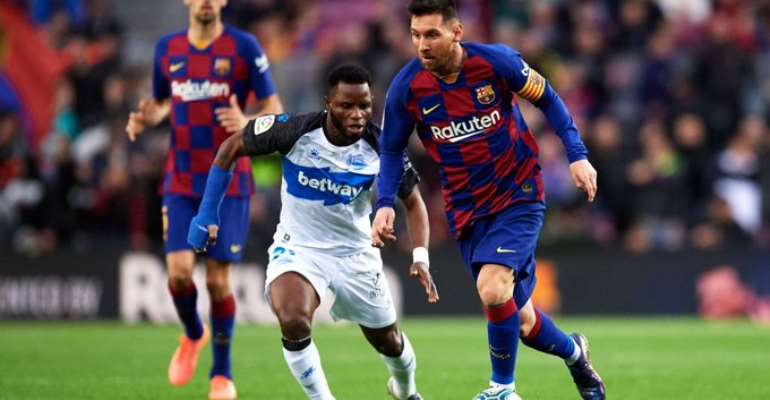 Ghana midfield dynamo, Mubarak Wakaso, has spoken on his experience of playing against Messi and Cristiano Ronaldo.

Detailing his encounter with both player, Wakaso noted that they’re both great however they have their own style of playing. Hence, he wouldn’t say one is better than the other.

The Angel Sports Live TV host then asked Wakaso that with his experience in tackling Messi and Ronaldo, which of them did he find harder to tackle?

In reply, the mid-fielder said Messi is more dangerous because if you want to tackle him, you’ll have to think twice.

Wakaso remarked that when you want to tackle Messi, you can’t predict the angle where he will dribble you to so that alone will make you confused.

Wakaso further revealed that he was once dribbled by Messi and he became totally hopeless on the pitch.

The Ghanaian footballer who plays for Chinese club Jiangsu Suning F.C. said even till now, his fellow player Christian Atsuh still uses that video of Messi dribbling him to tease him.

Watch the hilarious interview below: