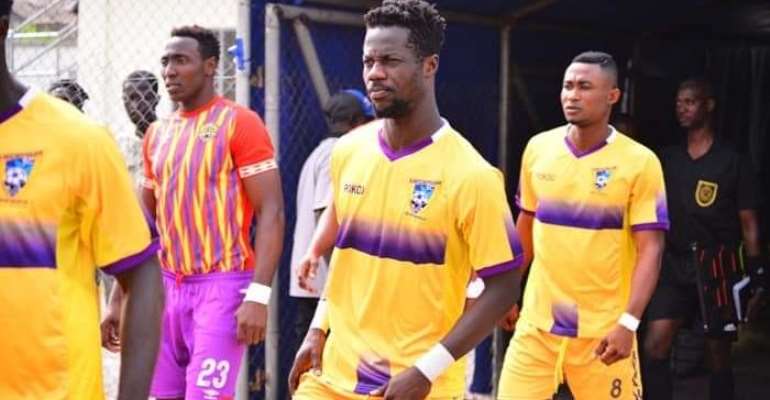 The defensive midfielder made it into the first team of the Tarkwa-based club at the start of the 2019/2020 campaign and has gone on to repay manager Samuel Boadu with impressive performances.

The club has now decided to reward him for his efforts and commitment to the club and has hence extended his contract. The new deal will see Richard Boadu staying with the Yellow and Mauves until 2024 and also with an option to extend for an additional year afterward.

Speaking to medeama.com after inking the dotted lines, the midfielder said, “It’s a real honour to continue to represent this amazing club and our incredible fans. I have not been here for many, many, years but proud to call Tarkwa my home”.

He added, “I am looking forward to working with the coach and his great backroom staff. The vision and philosophy of this great club make it more and more appealing to any footballer. The vision that they have for the club is truly exciting and I am so happy that I will be a part of that”.

His coach Samuel Boadu has been full of praise for him and says he is confident he will burst into the scene very soon.

"Richard is one of the underrated midfielders in Ghana but soon people will get to know his immense talent.

“He is the engine of our team and has seen a massive improvement in professional attitude”, the gaffer said.

He continued, “He brings a lot to our team and will continue to be the man to steer our campaign this season.

“I am very delighted that he has signed a new contract, and I know that his talent and positive”.