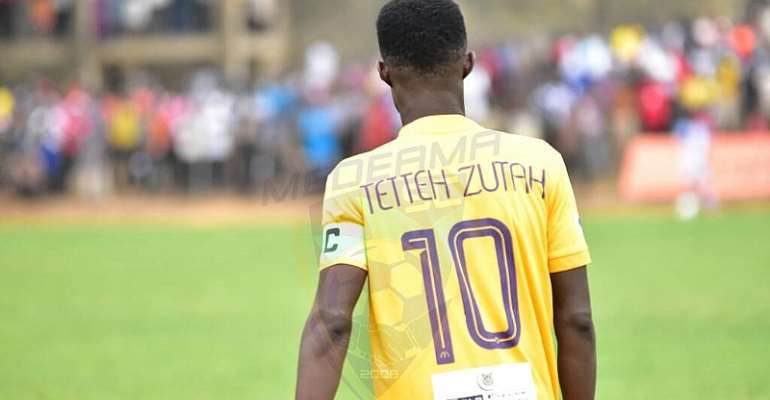 Modernghana Sports can confirm that Medeama SC’s captain Joseph Tetteh Zutah has signed a contraction extension at the club amidst reported interest from Hearts of Oak.

The experienced midfielder has been an important asset for the Yellow and Mauves and continues to be a key member of coach Samuel Boadu’s team that is fighting for the Ghana Premier League this season.

He has been linked with a move to Hearts of Oak who are thought to be in the market for another midfielder to boost their squad.

In a release from Medeama SC today, they have announced that Joseph Tetteh Zutah has committed to a new contract that will see him playing at the club for an additional one-and-a-half year.

In an interview after signing the contract, the player shared his delight while indicating that he is happy to continue his career with the Tarkwa-based side.

“It’s a great delight to continuously serve this badge and I look forward to making my time count”, he said as quoted by medeamasc.com.

Zutah continued, “I have been with this great club for many years and have the institutional memory of how things work here.

“We have a great crop of talented players who are determined to make a name for themselves and the club”.